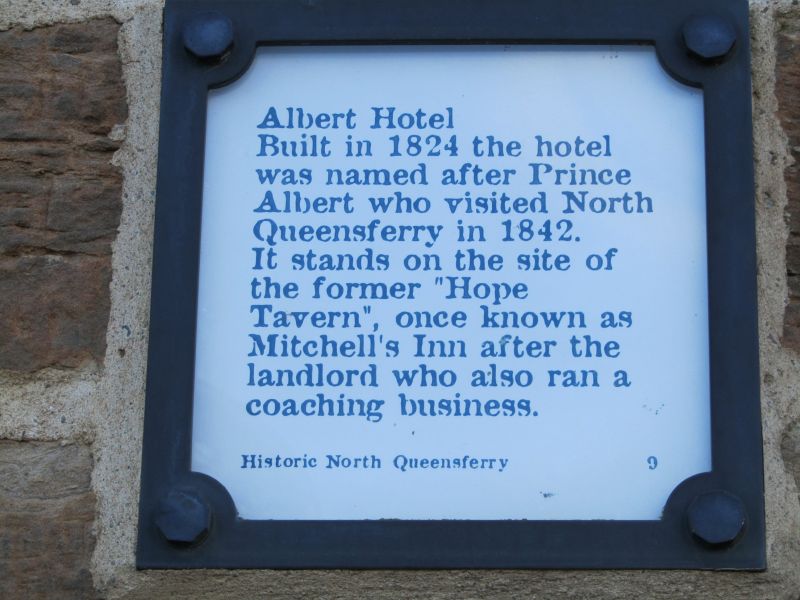 This hotel is located on a prominent site at the corner of Main Street and Battery Road. The Albert Hotel is one of only two remaining hostelries (the other is the Ferrybridge Hotel - see separate listing) in this small village where there were once thirteen such establishments catering to the vital ferry trade. It is still in use as a hotel and pub and also contains private accommodation. Originally known as Mitchell's Inn after its owner Robert Mitchell, this building was erected on the site of Hope Tavern which traded in the mid 18th century. This coaching house changed its name to Albert Hotel in honour of Queen Victoria and Prince Albert's arrival at the Town Pier (see separate listing), North Queensferry in 1842. The pavement along the N elevation was raised in recent years, covering a small garden area at basement level and blocking windows, evidence of which can be seen slightly above the new level of ground.