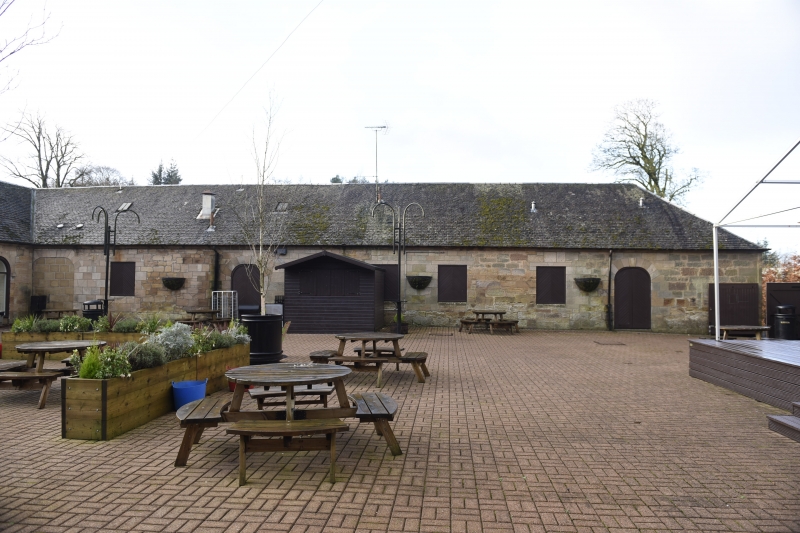 A-Group with Torrance House, Strathaven Road Lodge, Calderglen Country Park Bridge, Calderglen Country Park Gatepiers and statue of Sir John Falstaff. Calderglen Country Park was formerly the Torrance Estate that belonged to the Stuart family. From 1948 to 1966, the house became the office of the East Kilbride Development Corporation. The property remained empty during the 1970s and fell into disrepair. In 1979, East Kilbride District Council saved the house, restoring and converting it into two private dwelling houses. The estate remained in the ownership of the council and was opened to the public as a country park. The tower house and gate lodge are in private ownership. Drawings at the National Library of Scotland by William Adam, show the design for the stable block (since converted into the Ranger's Office). Along with the drawing of the stable block are designs for alterations to the tower house and a courtyard; all of which seem to have been executed.