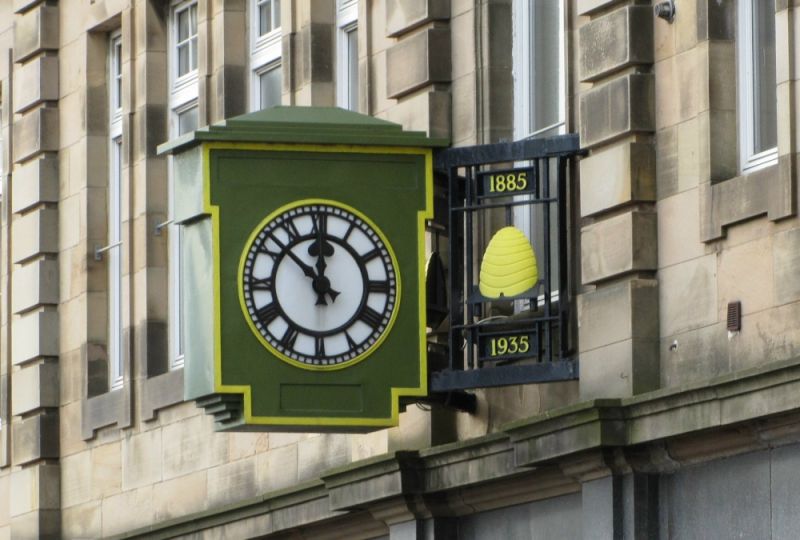 SE (PRINCIPAL) ELEVATION: symmetrical. Modern door with flanking windows to centre bay at ground, bipartite windows to flanking bays and tripartite windows to outer bays. 1st and 2nd floors with 3-part window (as above) to slightly advanced centre bay, stepped-back flanking bays each with narrow, full-height 2-part POINTED/ANGLED and corniced window detailed as that to centre; further stepped back outer bays with bipartite windows. Narrow lights (inserted during 1990s alterations) to inner part of outer bays at 1st and 2nd floor, and to inner part of bays 2 and 4 at 1st floor only.

This is the third Co-Operative building erected in Leven. The first dating from 1885 is now Leven Library, and the second (adjacent building) was probably erected at the beginning of the 20th century. After sitting empty for some years, this and the adjoining building were taken over by the Kingdom Housing Association in 1996. Conversion to 32 flats was achieved at a cost of ?1.4 million. Both earlier buildings are listed separately.