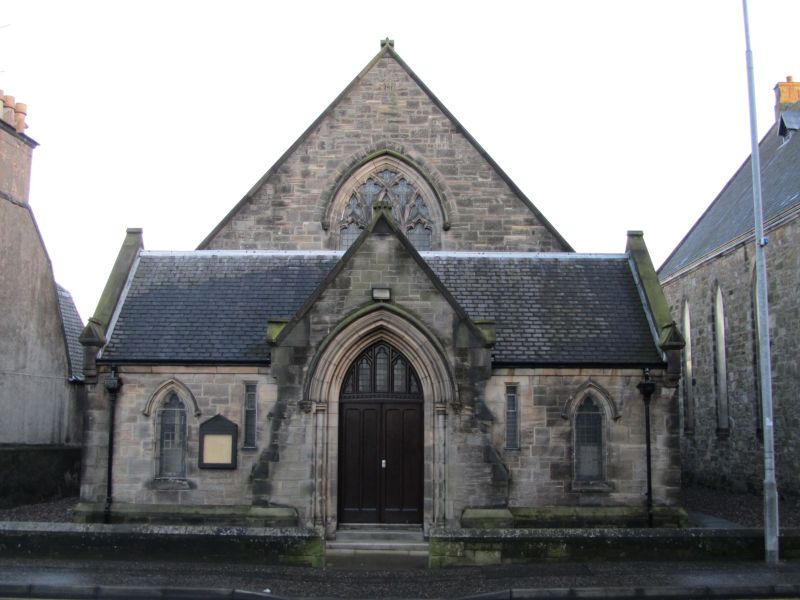 NE ELEVATION: traceried 2-light window with dividing buttresses to each of 4 bays.

Built by Charles Augustus Carlow for his father, Charles Carlow (1849-1923) former Chairman of the Fife Coal Company, the Carlow Memorial Hall was opened on 19th March, 1925. At that time it was associated with St John's Church (now the Roman Catholic Church of St Peter). In 1941 ownership of the church buildings and manse transferred to Trustees of Church of Scotland, but the Carlow Hall remained under ownership in trust of the minister and session clerk of St John's Church. St John's united with the Forman Church in April 1975.