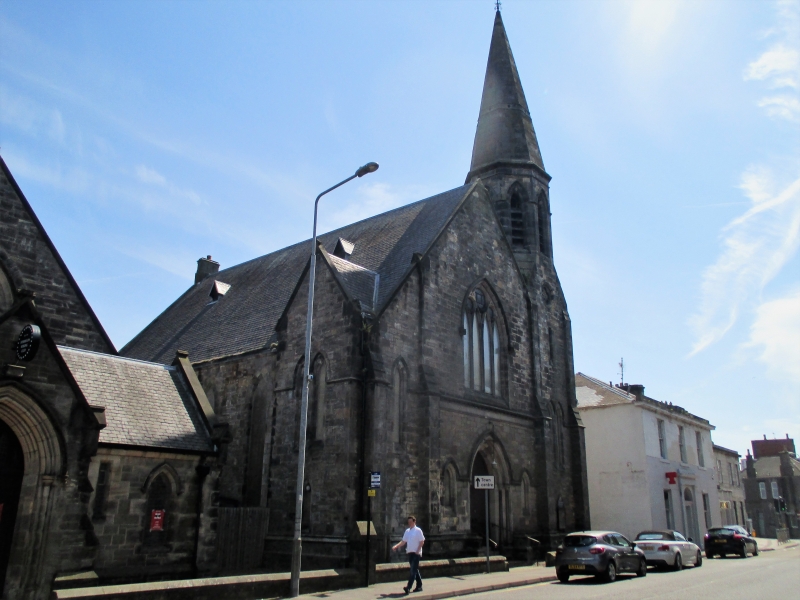 N ELEVATION: as above but with slightly projecting gabled stair tower to outer right, lancet to ground and bipartite window above.

Ecclesiastical building in use as such. Built as the United Presbyterian Church at a cost of ?2,150, the building was known as the Relief Church until 1900 when the UP and UF congregations joined, and was then dedicated to St John as a tribute to Rev John S Hyslop whose initials appear on the tower. In 1975, after the congregations of St John's and the Forman Church unified to form St Andrew's Parish Church, the building became St Peter's Roman Catholic Church. The Session House was replaced in 1902 after being destroyed by fire, and a pipe organ (largely funded by Mr Carlow) was installed in 1907, but is no longer evident. Stained glass WWI Memorial Windows, by Mr Ballantine of Edinburgh, depicting Sts Peter and James, were installed in 1922.