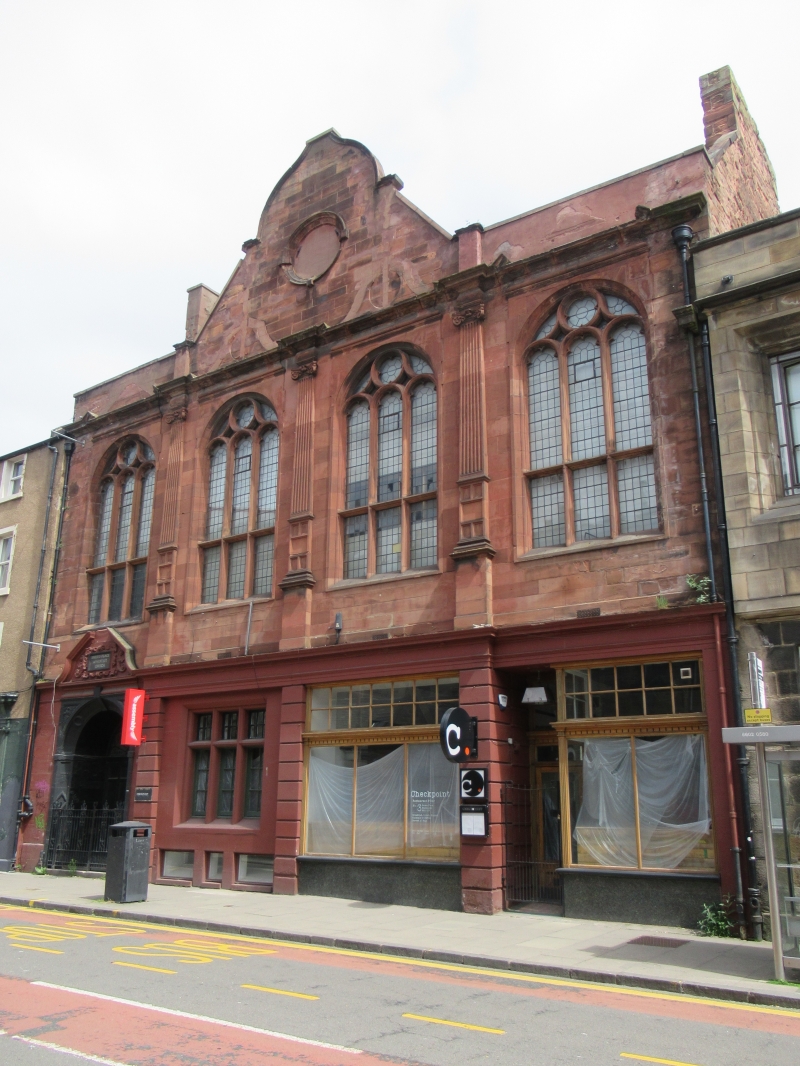 Place of worship still in use. A well-detailed late 19th century Renaissance style church with a prominent red sandstone elevation to the centre of the urban street run, and containing a contemporary and intact interior decoration scheme.

The church was originally built for the Evangelical Union to include a church, 2 shops, classroom, and lunch room and ladies room in the basement. There was previously a Baptist Chapel on this site from the earlier 19th century. Details of pilasters and tracery are taken from those at the Tron Church. Apart from the impressive staircase, the internal fittings are restrained and the glazing clear, in order to concentrate attention on the centrally-placed pulpit. Although the exterior strapwork of the pediment has been effaced, the building remains largely complete inside (as of 2000). The building was acquired by the Adventist church in August 1942.

The planned street triangle of Forrest Road, Bristo Place and Teviot Row was conceived as part of Thomas Hamilton's (1784-1858) vision for the new Southern Approach Road linking Princes Street to George Square and the Meadows (via the Mound, Bank Street and a the new George IV Bridge). The City Improvement Act brought in by Lord Provost Chambers in 1867 was to implement better housing standards and to replace the medieval slum areas in Edinburgh's Old Town.