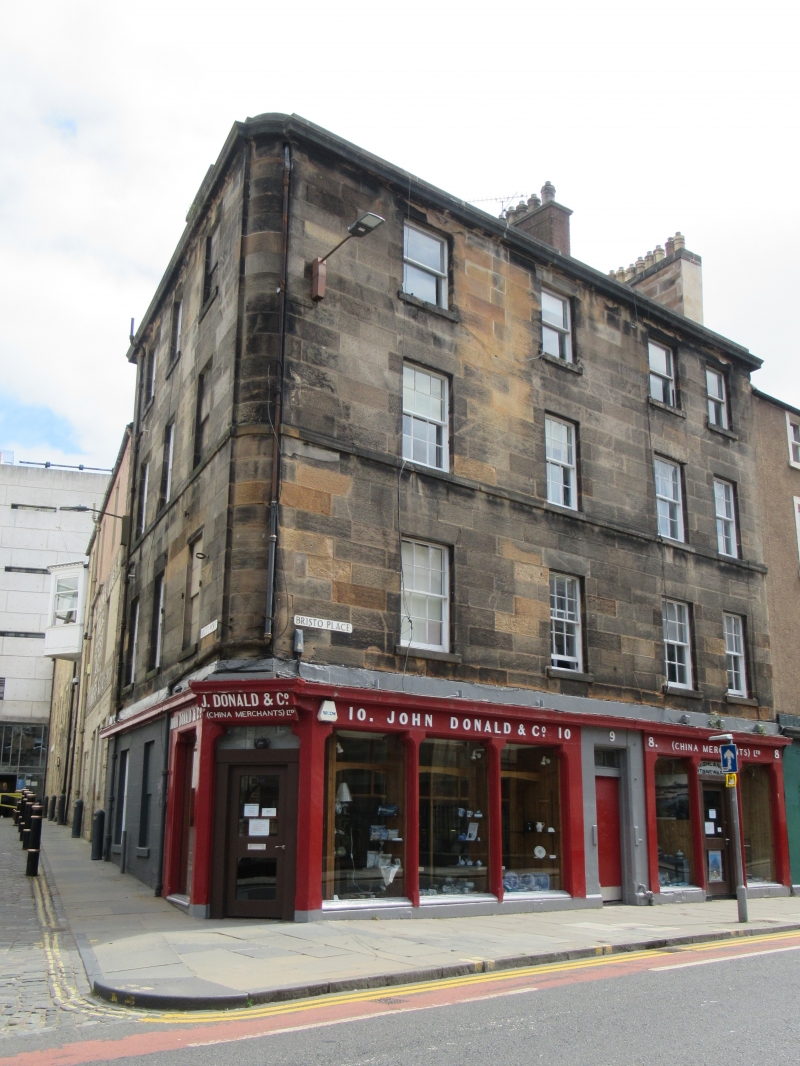 A good prominently sited corner tenement block with good later 19th century shopfront terminating the streetscape. The building has served as a commercial premises (china merchants) since c1850. 3 Bristo Port is of a different date to 8-10 Bristo Place but internally linked at ground floor and cellar.

Bristo Place, originally named Bristo Street, was the principal route south out of the city of Edinburgh from Bristo Port. Bristo Port, a fortified gateway associated with the Flodden Wall, was built in 1515 (and was presumably demolished in 1715 in common with other ports). The base of the wall is still evident in Bristo Port as some 40ft as the outer wall of a tenement.

These tenements were possibly constructed on the site of the George Inn (shown on a 1784 plan of Edinburgh by Kincaid) a coaching inn situated just outside the Bristo Port. A narrow open space survives on the E side, possibly a survival from the George Inn