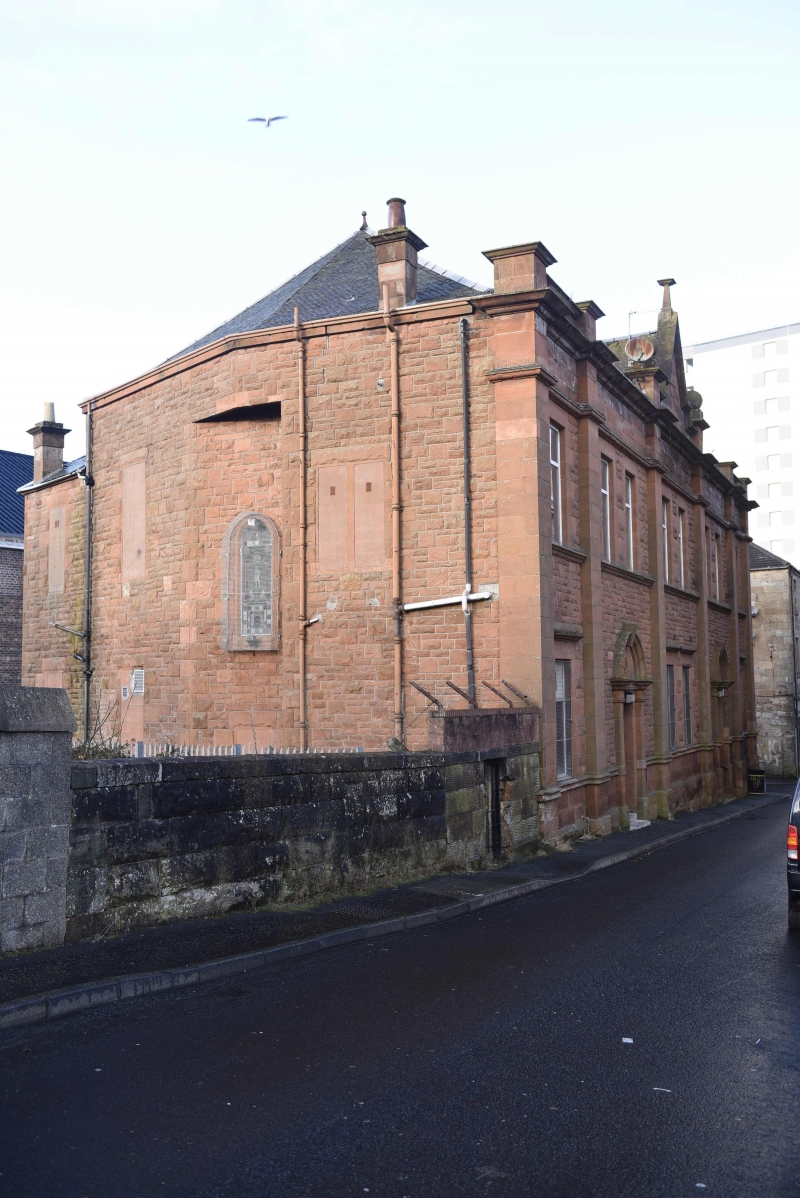 Built in 1903 for Cambuslang Royal Arch Lodge, No. 114. Bold use of stonework to principal elevation, in particular the doorways and central pediment. Still in use as a Masonic Lodge (2003).