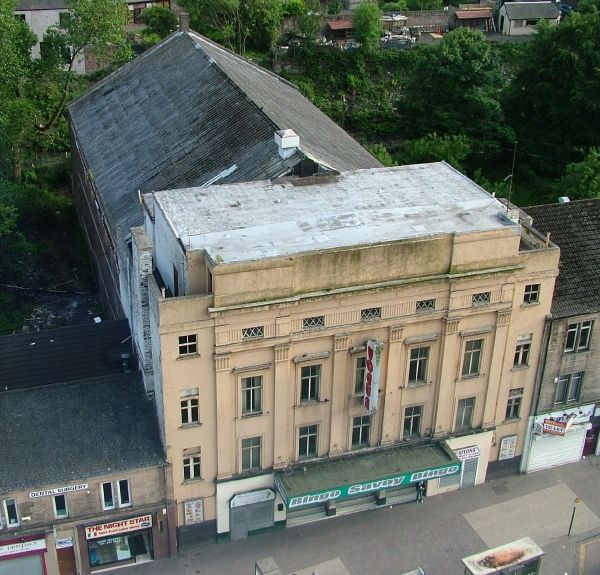 Constructed in 1929, the former Savoy Cinema is a good example of the work of John Fairweather, one of Scotland's foremost cinema architects. Forming an important part of Cambuslang's streetscape it is designed in Fairweather's characteristic Classical style. The street elevation appears largely unaltered and the Cinema Theatre Association website suggests that the interior remains relatively intact. Once common across the country, good examples of Scotland's cinema architecture are becoming increasingly rare. The dramatic street elevation here with its giant pilasters would have been intended to act as a form of advertisement in its own right.

Built for a local company it is likely that it originally had a dual-purpose and was provided with theatre facilities. The cinema became a Bingo Hall probably in the early 1960s, when the name changed to the 'Vogue'. It has reverted to its original name of Savoy.

John Fairweather (1867-1942) was born in Glasgow and specialised in designing cinemas in Scotland. He was the house architect for the Green family, although this cinema was not part of the Green chain. He designed Green's Playhouses for Glasgow (1925-9; demolished 1985; the largest cinema in Europe at the time), Dundee (1934-6; only the tower remains after a fire in 1995; see separate listing), Ayr (1930; see separate listing) and Wishaw (1940; see separate listing). All four of these super-cinemas contained an elaborate Corinthian-columned interior.