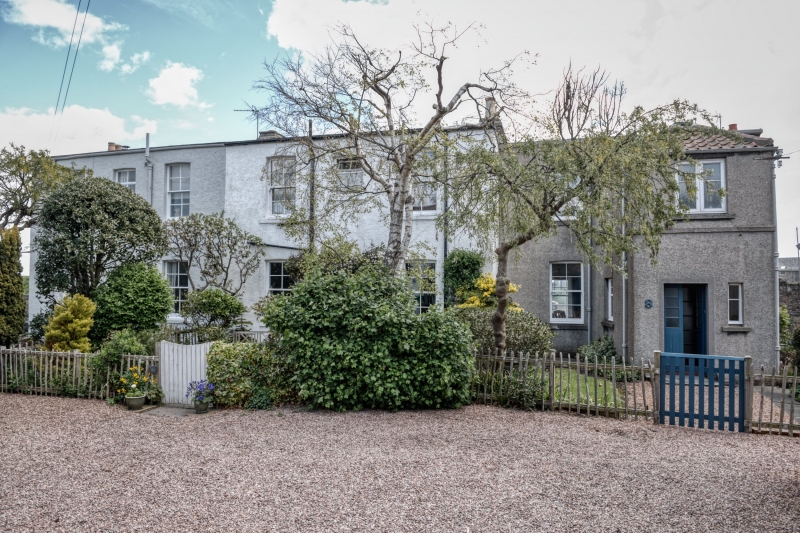 BOUNDARY WALLS: section of rubble wall fronting on to Kinness Burn to left of No 6.

This building was a sawmill and timber store, part of a small complex of buildings (see also listing for Nos 4 & 5 Balfour Place) owned by Mr Balfour of Balfour House (see separate listing). Local knowledge has suggested that the arched opening, which provided direct access to the Kinness Burn and consequently the harbour, was used to transport the timber, although it may have had further alternative purposes. It was converted to housing circa 1895 and is a particularly early and unusual example of an industrial building finding a new use as housing. It is also an important reminder of St Andrew's manufacturing history in this former industrial part of the town.

The Dean of Guild plans show that by circa 1895 the buildings were in possession of the Bruce family and remained so when the Gillespie & Scott drawings were created. The undated (but likely to be circa 1895) Dean of Guild plan shows a forestair on the West elevation providing access to the first floor flats. A single storey washhouse is also shown to the left, but it is not known if this was actually constructed. The Gillespie & Scott drawings show that the original scheme was modified particularly in the treatment of No 8.