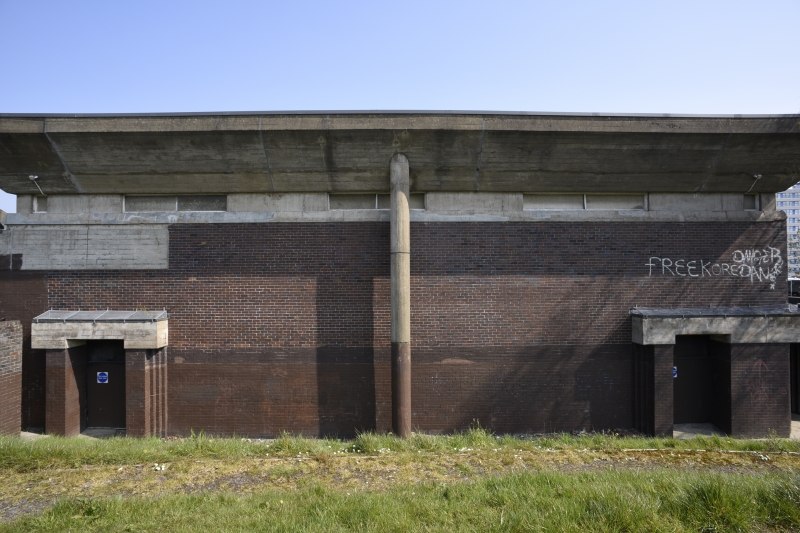 Universal Connections, first known as The Key Youth Centre, is an important example of post-war architecture in East Kilbride. The largely-unaltered unusual plan-form is comprised of interlocking geometric shapes: a semi-circular kitchen, a rectangular gym hall and a triangular ramp runway. Distinctive detailing, such as the shuttered concrete window and door lintels, are repeated externally and internally. The building is prominently located in the town centre park, at the brow of a hill overlooking the commercial centre of East Kilbride. Built as a joint experiment between the Scottish Education Department, the Burgh of East Kilbride and the Lanarkshire Education Authorities the building was the first purpose-built youth centre in Scotland. Youth centres prior to this date had been accommodated in existing buildings or in larger community buildings, however purpose built youth centres are still a rare building type.

The centre was built for the 'baby boom' generation of youths, aged 15-21, in East Kilbride, Scotland's first New Town. Designated in 1947 the town was planned with neighbourhoods, each with their own amentities, surrounding a town centre with the main shopping centre and public buildings, such as the youth centre. The centre was officially opened 10 October 1970 by Provost William M Niven, Chairman of the Committee of Management, it was described as, 'the most modern and well-equipped centre in Great Britain' (1970). The building was designed to accommodate a diverse range of activities and includes group rooms of various sizes, a gym hall, a dark room for photography, a workshop/art room and a small courtyard for outdoor activites. All these rooms are orientated around a central open-plan café area with windows to overlook some of the other facilities. The centre was formerly known as The Key, a name chosen from a competition and derived from reversing 'Youth of East Kilbride'. The distinctive projecting timber detail over the window on the internal doors could be considered to illustrate an abstract key.

Alexander Buchanan Campbell was articled to Gillespie Kidd & Coia in 1931 and returning in summer 1936 following his studies at the Glasgow School of Architecture. In 1940 he took an appointment in the Glasgow Office of Public Works after which he established his own private practice circa 1955. He began designing the youth centre after completing the neighbouring A-listed Dollan Aqua Centre Baths (see separate listing), and detailing such as the textured concrete is utilised in the design of both buildings. The deep section on a sloping site can be traced back to Buchanan Campbell's training with Gillespie, Kidd and Coia, a practice that were influenced by Le Corbusier's later works, such as Maison Jaoul, Paris and Chapelle Notre-Dame-du-Haut, Ronchamp which represent a move towards a brutalist concrete aesthetic and other more expressionist architectural designs.

Early designs for the youth centre indicate that the building was originally conceived to have a closer relationship to the baths with its principal entrance to the N elevation, opposite the baths. Early drawings also depict distinctive cylindrical and conical skylights, however the exterior brick finishes, strip windows and exposed concrete parapets are evident. Disabled access is also a key feature of the final design, with a distinctive covered ramp way linking all the levels in the centre. Detail drawings also indicate that the toilets were fitted with appropriate handrails.