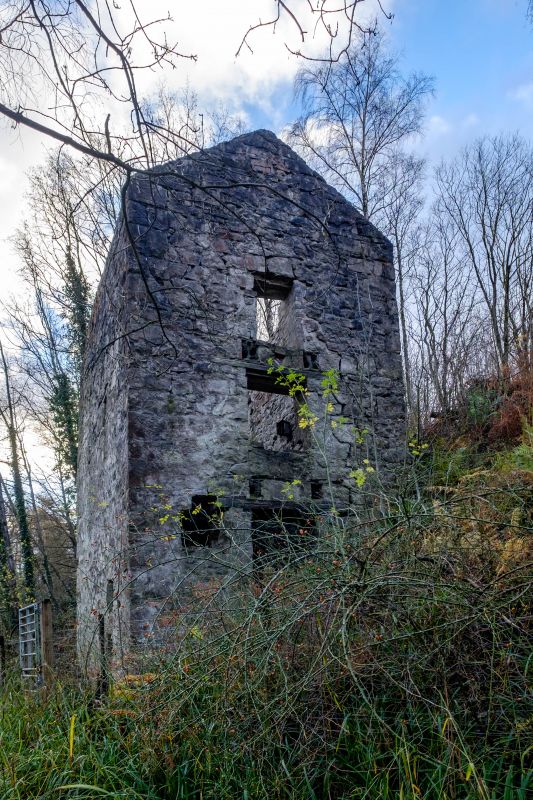 Location: Situated in the edge of woodland NE of Aberduna Quarry. Reached by a footpath running W from the by road between Maeshafn and Gwernymynydd.

Built pre-1870 to house a pumping engine for the local lead mines.

Listed as a good surviving example of an engine house and for associations with the local lead mining industry.