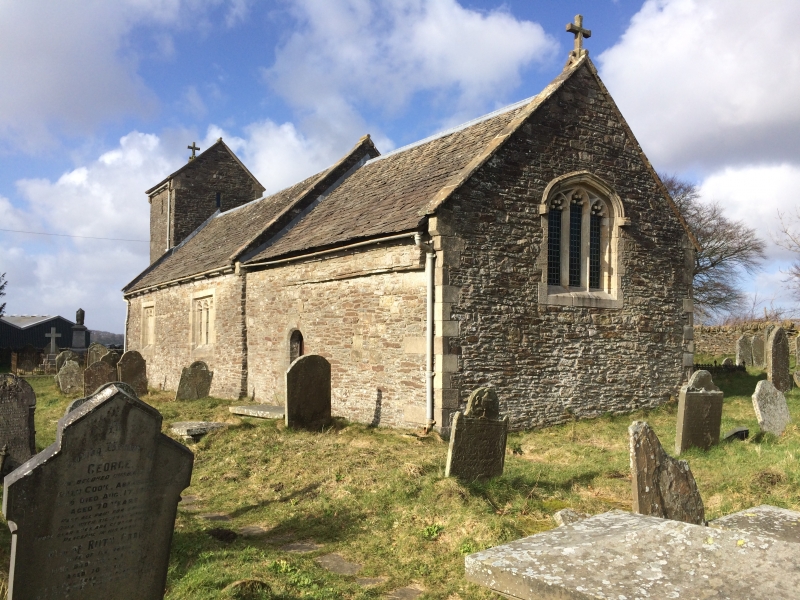 Location: Set in centre of small settlement of St Illtyd, on N side of by-road. Large circular churchyard with remains of medieval churchyard cross some 10 metres N of church.

Largely late medieval/C16 detail, possibly with earlier masonry incorporated. Early site indicated by circular churchyard. First references to church in C9-C10 poem. Believed to have been rebuilt in the late C12 by the Cistercians. Surviving detail indicates much rebuilding c1500, probably the date of the saddleback W tower, and the barrel roofs. Restored 1888-91 by Middleton, Prothero & Phillot of Cheltenham, architects, who renewed the windows and added new furnishings. The stone-tiled roof was reinstated at this date, replacing red pantiles. The church closed in the 1930s due to subsidence of local coalmines. Repaired and reopened 1943, before closing again in 1957 due to extensive opencast works in the area. When the opencast operations ceased in 1962, it was found that the church had deteriorated badly, and was closed permanently. Passed into private ownership in 1984, after which it was acquired by Blaenau Gwent Borough Council, and fully restored. Church now open to visitors, and used for concerts.