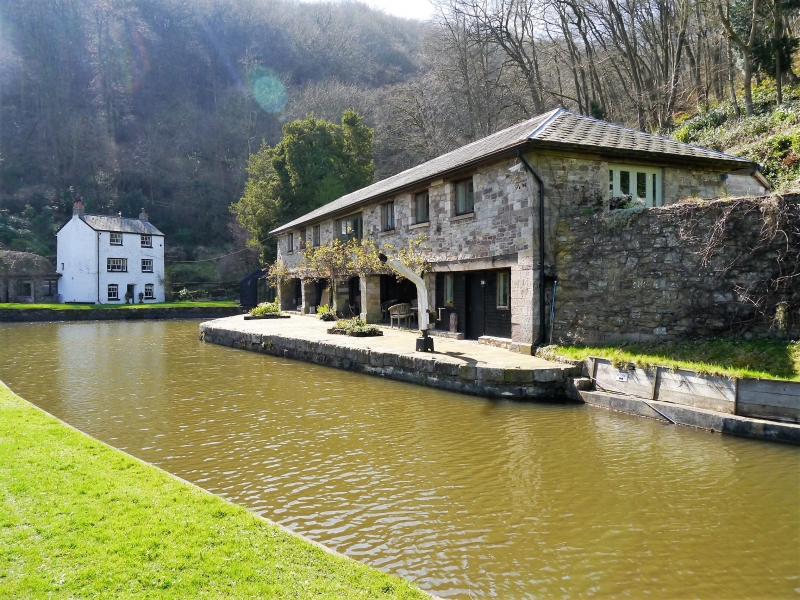 Location: At Llanfoist Wharf which is situated uphill to the south-west of Llanfoist Parish Church. The wharf is on the west side of the canal and the Boathouse is set to the north of the former tramway.

Llanfoist Wharf was where the tramroad from Garnddyrys Forge, built by Thomas Hill of Blaenavon in 1825, reached the canal. The canal as a whole was linked to many tramroads and was important for trade in iron, lime and coal. Llanfoist Wharf lies within the section completed in 1812 under William Crosley but it, together with its buildings, would not have been constructed until 1825. This building was formerly known as Hill's Warehouse and was built to store iron pending transit along the canal. It went out of use in 1860's when the tramroad was superseded by the railway and later became a boat-repair yard.
The Brecknock and Abergavenny Canal (now known as the Monmouthshire and Brecon Canal) was constructed between 1797 and 1812. Gradually the railway took traffic off the canal and eventually it was bought out by the Great Western Railway. Restoration work began in 1964.

Long, 2-storey canal-side building constructed of local rubble with a hipped slate roof. Open ground floor with stone piers and square openings above. The north bay is enclosed and was possibly a stable. Stone sleeper blocks remain in the main floor indicating that a tramroad formerly ran along the centre of the building from the south as far as the enclosed northern bay; also a siding out throught the middle pair of piers. The Boathouse has been recently modernised, especially to 1st floor. Wharf to front curved around to south towards slipway near line of former tramroad.

Included for group value with other listed items at Llanfoist Wharf, notwithstanding alterations, as a surviving early C19 iron warehouse associated with the tramroad and the canal.