Flight of steps to E of tunnel under canal 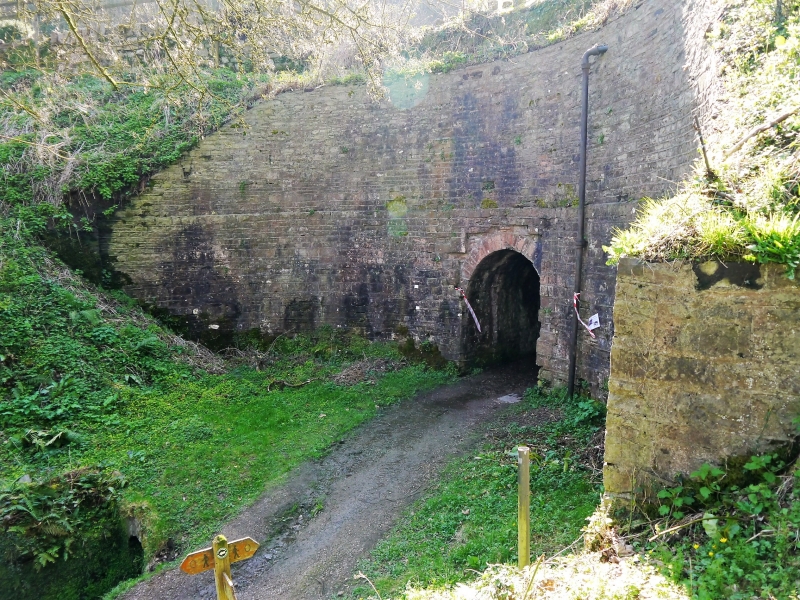 Entry Name: Flight of steps to E of tunnel under canal

Location: At Llanfoist Wharf which is situated uphill to the south-west of Llanfoist Parish Church. Also passes under Boathouse Cottage.

Llanfoist Wharf was where the tramroad from Garnddyrys Forge, built by Thomas Hill of Blaenavon in 1825, reached the canal. The canal as a whole was linked to many tramroads and was important for trade in iron, lime and coal. The tunnel predates Llanfoist Wharf and the tramroad as it is shown on early maps as a parish road. It is therefore contemporary with the canal, this section of which was built between 1809 and 1812. The tunnel appears to have been constructed in three phases.
The Brecknock and Abergavenny Canal (now known as the Monmouthshire and Brecon Canal) was constructed between 1797 and 1812. Gradually the railway took traffic off the canal and eventually it was bought out by the Great Western Railway. Restoration work began in 1964.

The tunnel is oriented NE/SW and is 33.6m long in all. The original part is that under the canal at the downhill end. Here there is a high stone revetment wall that follows the bend in the canal and a round arched tunnel entrance with set-back red sandstone voussoirs. This part of the tunnel is stone-lined with a semi-circular arched roof. The second phase of the tunnel is similar and continues the same alignment but the third, upper, phase which is directly under the house turns to a more E/W alignment; it has straight sides and the flat roof is also the floor of the house. Culvert to the south-east side. At the uphill end the tunnel entrance is beneath the gable end of the house and under a cast-iron plate. On the downhill side the towpath and tunnel are linked by a steep flight of stone steps, one step of which is inscribed 'B & A C Co' (Brecon and Abergavenny Canal Company).

Listed for special interest as a tunnel under the canal and as an integral part of the important early C19 group at Llanfoist Wharf.