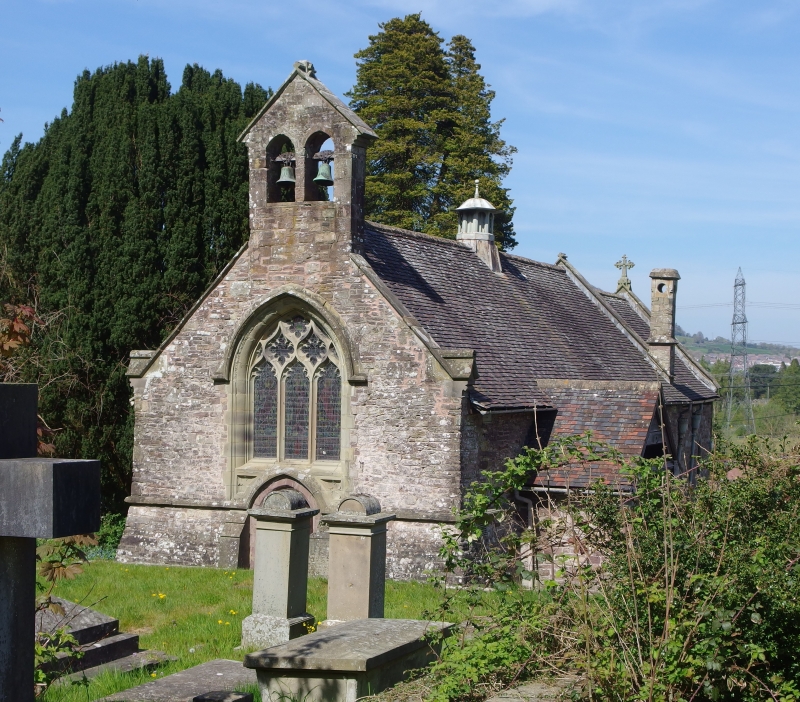 Location: On the western edge of the village and set in the slope of the circular churchyard with a lime avenue. The churchyard entrance is at the junction of Llanellen Road and the B4246 Merthyr Road.

Chancel has carved reredos with floral and fruit carving to cornice and spandrels. C18 wall monuments. Victorian barrel ribbed roof and similar to nave. Victorian chancel arch. Brass plaque on north nave wall commemorating the restoration of the church by Crawshay Bailey. East window dated 1872 and the west window of 1906 by J Jennings of London.

Listed for its medieval origins and good interior detail dating from the Victorian restoration.