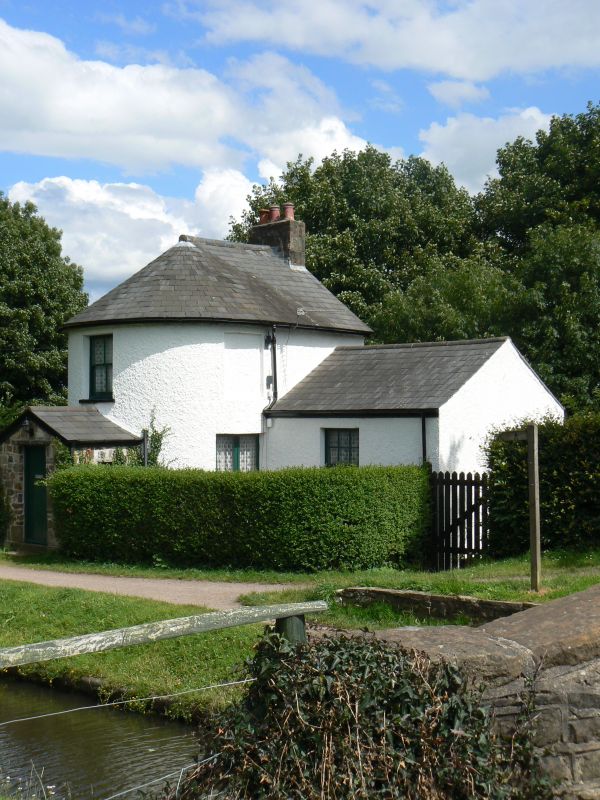 The Brecknock and Abergavenny Canal was promoted in 1792 to connect the upper Usk valley to the Monmouthshire Canal at Pontymoile and from there to the sea at Newport. Construction began in 1797, with Thomas Dadford Jnr. as engineer, and the first section, from Gilwern to Llangynidr was completed in that year with the stretch as far as Brecon following in 1800. Work then stopped for a time with the result that the section to the Blaenavon Road east of Govilon was not completed until 1805, now with Thomas Cartwright as engineer. Further funds had to be raised and the last section from west of Llanfoist to Pontymoile was completed betwen 1809 and 1812, with William Crosley as engineer. Linked to the tramroads the canal was an important artery for trade in iron, lime and coal. In 1865 the Monmouthshire and the Brecknock and Abergavenny Canal Companies merged becoming the Monmouthshire and Brecon Canal Company. Later still in 1880 the canal was bought out by the Great Western Railway and gradually the canal was run down until it was abandoned finally in 1962. Restoration work was begun in 1964, and the canal is once again open between Pontymoile and Brecon with the title Monmouthshire and Brecon Canal.
This toll-house was built at the junction between the Monmouthshire Canal and the Brecknock and Abergavenny Canal, made necessary by the transference of cargo from one to the other. After amalgamation in 1865 it would just have charged standard tolls to all users. This junction was engineered and the house thus possibly designed by William Crosley.

Canal toll house with roughcast walls and with Welsh slate roof cladding. Bowed 2 storey front to canal with lower wing with gabled roof set back at right angles to the south-west. Both sections are only one room. The bowed front section has a half cone roof, sash window without glazing bars on first floor and modern single storey gabled porch projecting forward with a small window opening in each side wall on ground floor. Stack on rear gable of this wing. North-east return of same wing with panelled door with shallow overlight on ground floor and window on first floor. South-west return with sash window with glazing bars on ground floor and blocked window opening on first floor. The canal or north-west elevation of the adjoining south-west wing has a window opening; there are openings at a lower level in south-west gable end.

The interior is said to have panelled doors. The rooms must be very small. This toll house is very similar in character to Turnpike tollhouses of the period, but with slightly better accommodation than some.

Included as a good example of a canal toll-house and as an important surviving relic of the Brecknock and Abergavenny Canal.