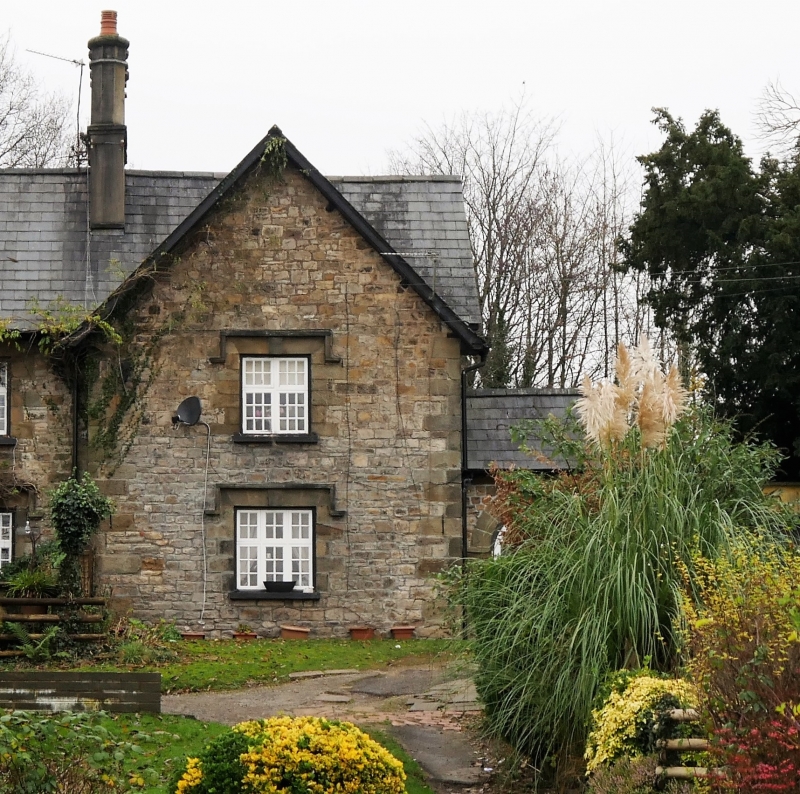 A terrace of three almshouses in the Tudor Revival style which probably date from 1845 and were built by the Pontypool Park estate for employees. They do however appear to be marked on the Panteg tithe map of 1839, so the estate may have refurbished them in 1845, or rebuilt them or just taken them over. Their appearance and architectural character suggests the 1840's.

Interiors not inspected at the time of resurvey (November 1996).