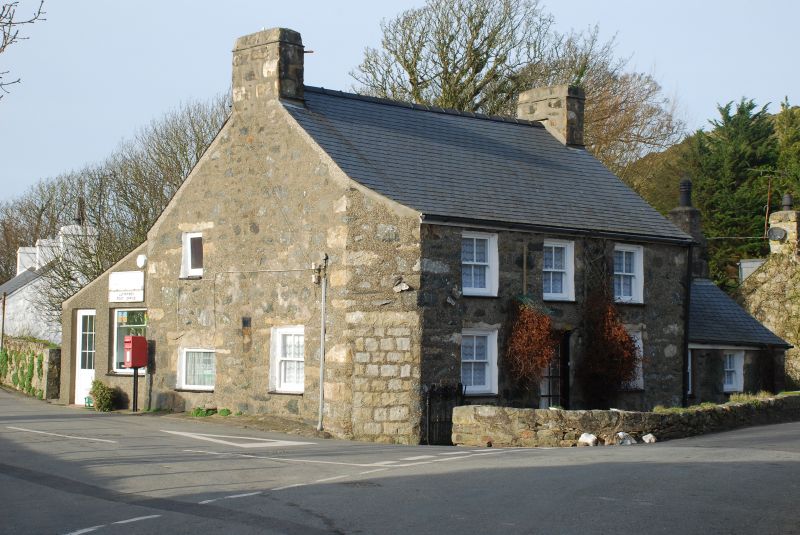 Location: Situated in centre of Llangian on corner of road to Botwnnog.

Included for group value with other listed items in Llangian village.