Lychgate to Church of St Cian 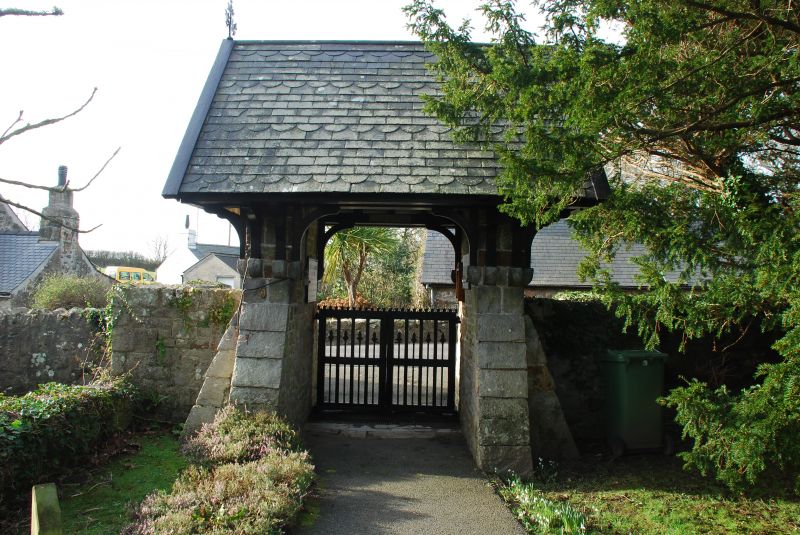 Location: Situated in Llangian village at W entrance to churchyard.

Lychgate to the Church of Saint Cian, built 1863 at the expense of Richard and Mary Lloyd Edwards of Nanhoron. An unusual design in the use of half-timber with stone, more typical of the 1870s and later.

Lychgate, two squared-stone side walls with raking clasping buttresses to about 1m height each end, and row of close-set small stone corbels to hold the timber brackets that carry an oversailing slate roof. Fishscale slate bands, long sawn slate copings, roll-topped ridge and ornate High Victorian wrought iron leafy cross finials. Black painted brackets curve out from corbels to carry horizontal beams on all 4 sides, two brackets to each wall-end, five to each wall outer side and another just inside the inner wall carrying an inner beam. Gable end 5 brackets carry a detached open-work timber framing of king-post, mid-rail and vertical struts. Paired front wooden gates with iron cresting and bars between uprights. Low stone walls with squared rough stone copings extend out each side of front and then come forward towards road.

A well-designed Victorian lychgate, presumably by an architect of note.