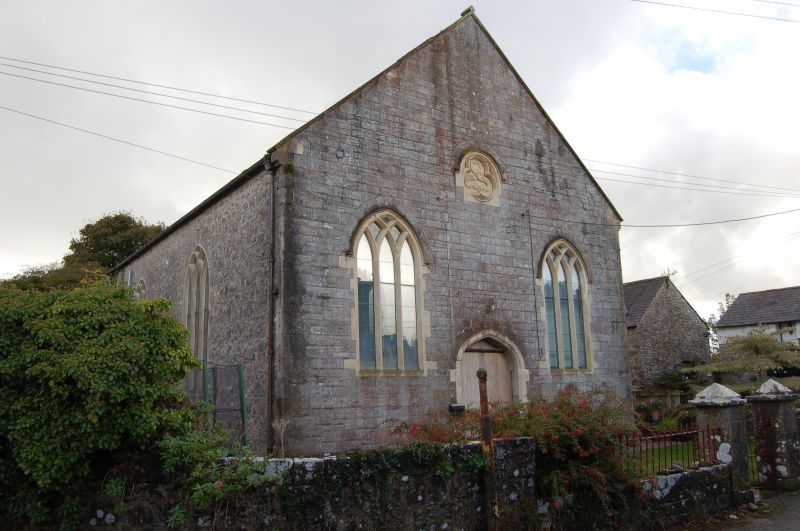 Location: In the village of St. Florence, 100 m SE of the Church, on a corner site facing N with a lane at the W side.

A Congregational chapel was established in St Florence before 1805, with visiting ministers. The first resident minister was appointed in 1819. The name Bethel was that of the first chapel, and was retained when the present chapel was built in 1858. The chapel opened in June 1859. The name of the designer has not yet been ascertained. It closed in 1988 and private domestic conversion commenced in 1995.

Single-storey chapel in a warm grey sandstone. The front elevation is in snecked hammer-dressed ashlar masonry with a high plinth. Lighter coloured sandstone for the dressings of the windows and doors and for the name-tablet above. Slate roof. The front gable elevation has two windows. Three-light windows with mullions interlacing. Simple hood-mould. Four-centred doorway with a stopped chamfer. Plain boarded double doors. At high level there is a large tablet consisting of a trefoil feature surrounding a ribbon with the inscription 'Bethel 1858' beneath a hood-mould.

The side elevations are of coursed rubble masonry with similar windows but with no hood-moulds. Two windows in each side elevation. The rear elevation is a plain wall, slate-hung.

Listed as a neat village chapel with simple gothic detailing.