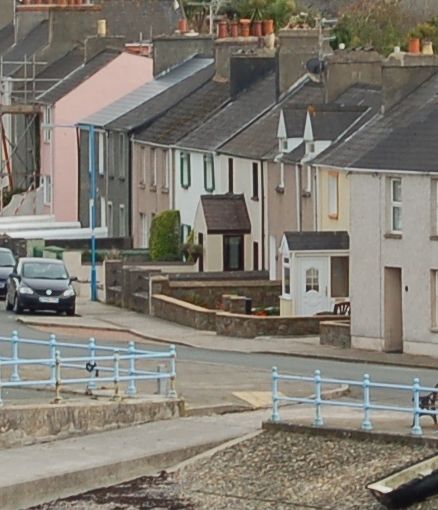 Location: Situated in a short section of terrace over a small shipbuilding yard on S shore of Milford Haven estuary

One of the first 4 houses built in Front Street (originally called Thomas Street after Thomas Meyrick, the landowner) and completed on 25 September 1814. The four houses at Nos 25-8 Front Street were built to the same simple design for John Meyrick to rent to dockyard workers at the adjoining new naval docks.

Included for its special interest as a well-preserved example of the earliest terraced houses in Pembroke Dock.