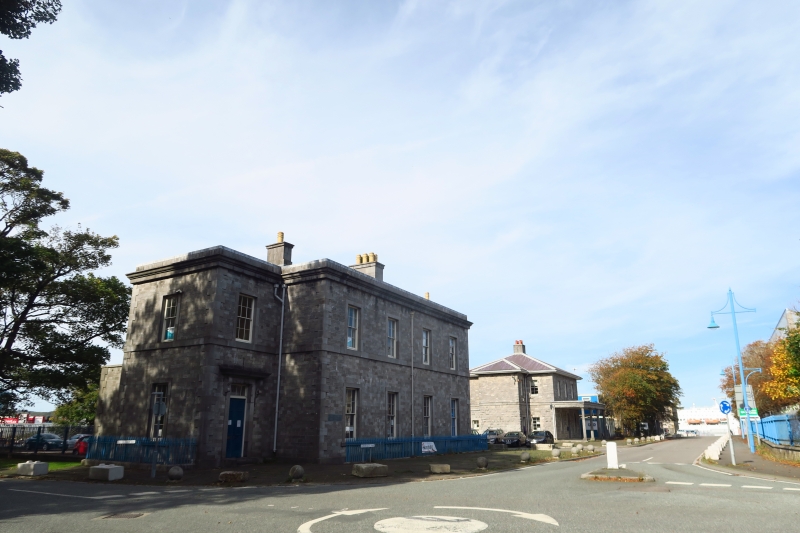 Location: Situated on W side of main avenue, some 60m N of entrance gates.

Original intention was for Captain Superintendent's Office above a police station: 1848 tender advert calls building 'new surgery and police station'. But the 1858 plan marks office in S half and surgery in N half. Fox, Henderson & Co was a noted firm of engineers who built the iron roofs over Nos 8 and 9 slips in the Dockyard 1845-7, and over No 7 slip in 1847 (all demolished). They also built the yard Fire Station (demolished). In 1851 they built the Crystal Palace, London.

Group value with former Guard House and other listed buildings in Dockyard.