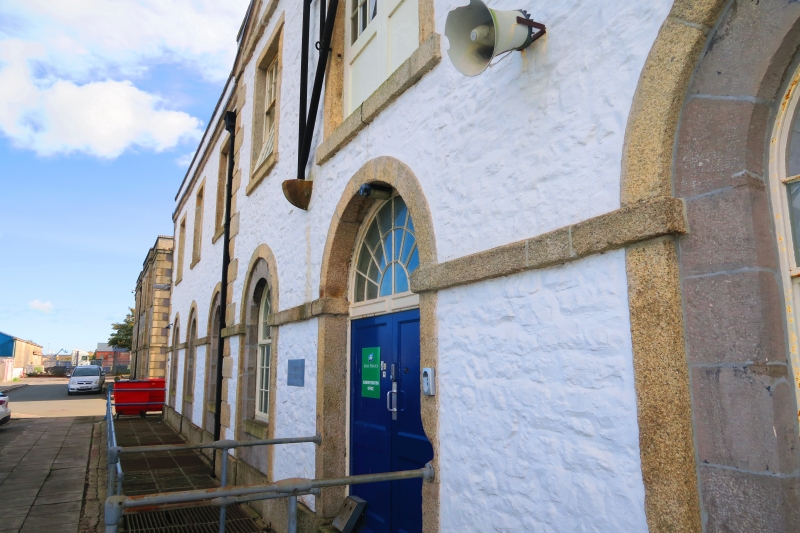 Location: Situated to W of Sunderland House, behind ferry terminal.

Until 1944 there was a tall metal-clad domed clock tower in centre. A matching storehouse, without clocktower was built c1857 immediately S and has been demolished since 1981.

Lower windows are set in recessed arches with limestone ashlar infill. Full width double doors in painted iron with radiating bar fanlights to centre of N, E and W elevations. Upper windows are 20-pane with plain surrounds, but N side centre has loading door with iron hoist adjacent. Basement area to N and S. Six cellar doors each side.

Storehouse is constructionally similar to the much larger storehouses at the other Royal Dockyards, but smaller because Pembroke was not used for final fitting out or victualling.

Grade II* for its high quality design and use of ironwork for fireproof construction.
Group value with other listed items in Pembroke Dockyard.