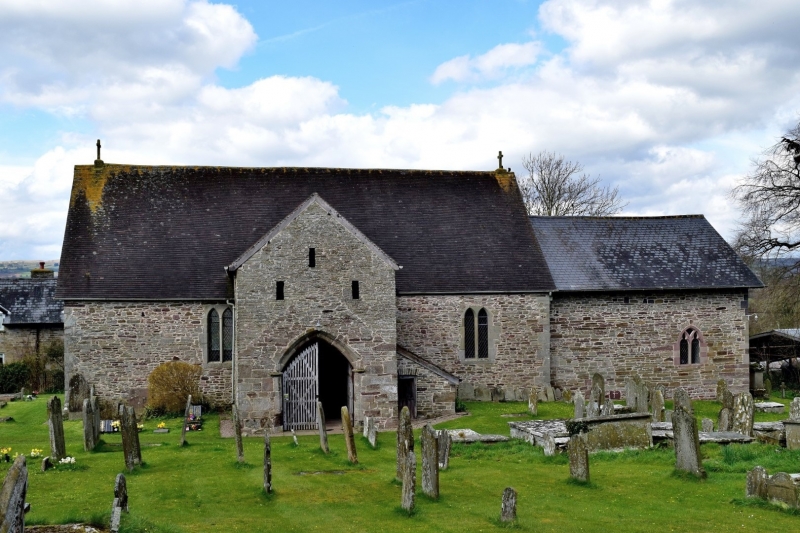 St Eigon is a mediaeval church much repaired & restored at more than one date in C19, with a picturesque C17 belfry over the S porch. Nave C13, chancel and S porch C14, vestry C19. Of the repairs to damage done in 1941 not much can be easily identified. It is aligned NE-SW, using the contours; here described as facing S.

A mediaeval church with an interesting C17 porch-belfry, and many fittings mainly C19 date.