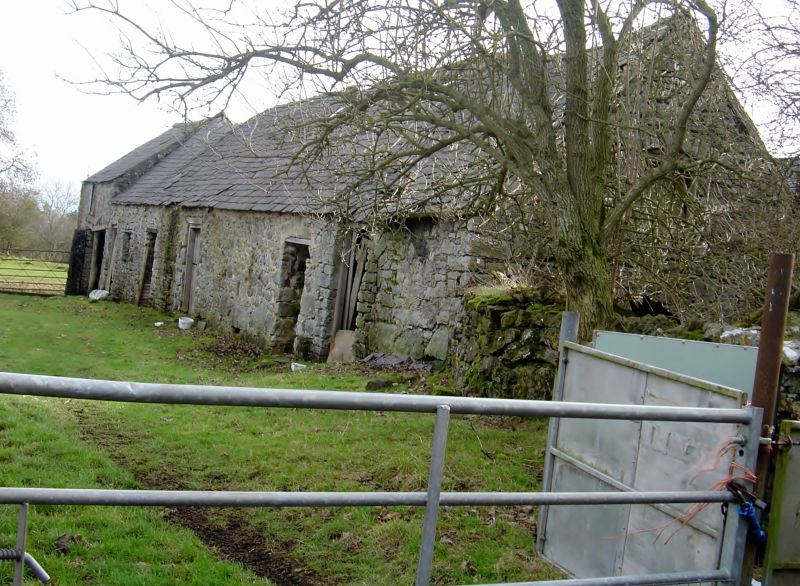 Location: Situated opposite the house at Pen-y-cefn, set at right-angles to the road.

Perhaps C17 or earlier C18, the barn probably originated as a cartshed and byre, the arched cartshed opening was later blocked and a smaller door inserted. Two successive additions were made to the left, probably in the C19.

Rubble with roughly squared quoins, slate roof. To the right is a blocked arched entrance with a door set in it. To the left of this a series of 3 doors, the central one taller than the others. A vertical joint separates this from a cartshed with loft over and a higher roofline. Doors are generally plank doors with strap hinges.

Not accessible at time of 1995 survey.