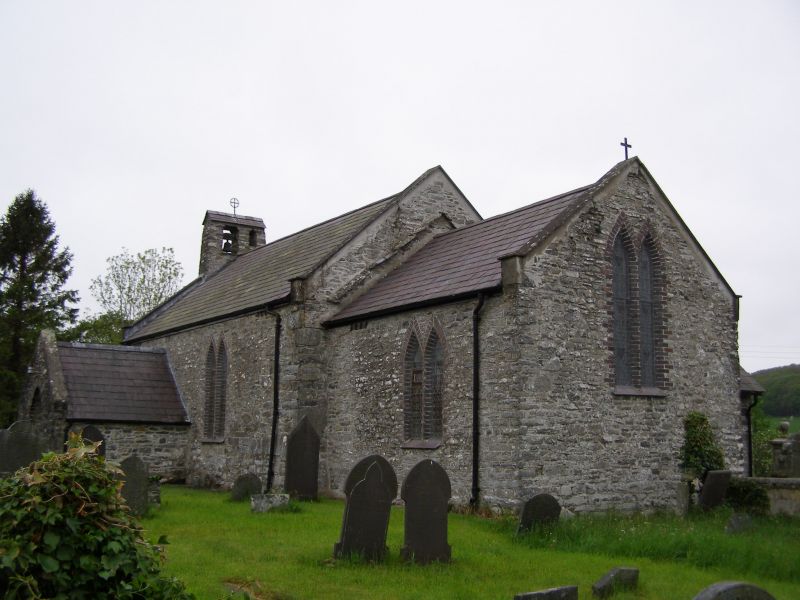 Location: Situated some 1.2 km NE of Cellan village, on N side of B4343 to Llanfair.

Anglican parish church, medieval origins, restored 1862 and with unusual Arts and Crafts decorative scheme of 1908-9 inside by Herbert North of Bangor, all that was achieved of a more extensive restoration.

Listed as a small parish church of medieval fabric with later detailing and retaining a rare example of Arts and Crafts decorative scheme inside.