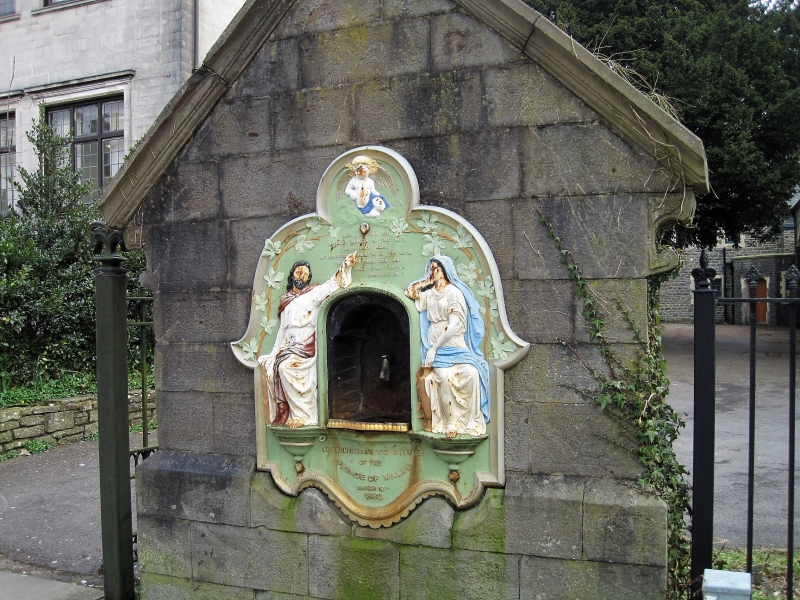 Inscriptions read: "To commemorate the marriage of the Prince of Wales, 10 March 1863"; "Willis Brothers - Sculpts London"; "Cast by the Coalbrookdale Co".

Coped kneelered gable to stugged masonry, arched outlet at base. Painted ironwork in shape of sinuous cartouche with cherub overthrow, foliage trails and figures of Christ and The Samaritan Woman with text "Drinketh ...2 (John IV.13.14). Central niche with fountain bowl.