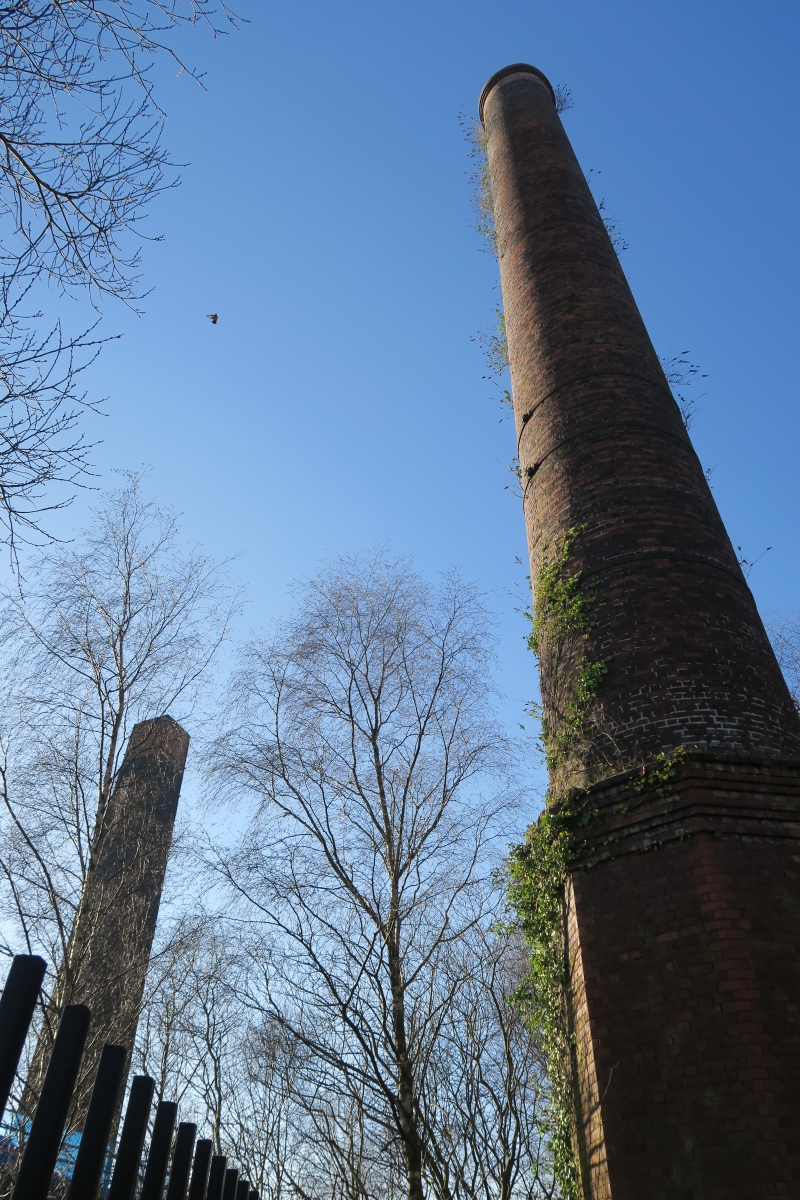 Location: Located on the slope to the west of the Vivian engine house and east of the former Swansea Canal.

Hafod Copperworks was established in 1810 by John Vivian and continued to be owned by the Vivian family until 1924 when it amalgamated with the adjacent Morfa Coppperworks. It was subsequently operated by Yorkshire Imperial Metals until it closed in 1980. The chimney dates from the late nineteenth century and probably served the steam boilers for the Vivian engine house, built 1860-2.

A tall, tapering chimney stack, constructed of red brick. There is an octagonal plinth with a corbelled head and a circular shaft. The shaft has numerous iron bands, and a corbelled ring at its neck.

Listed as an impressive Victorian industrial chimney and for group value with the listed buildings of the former Hafod and Morfa copperworks.