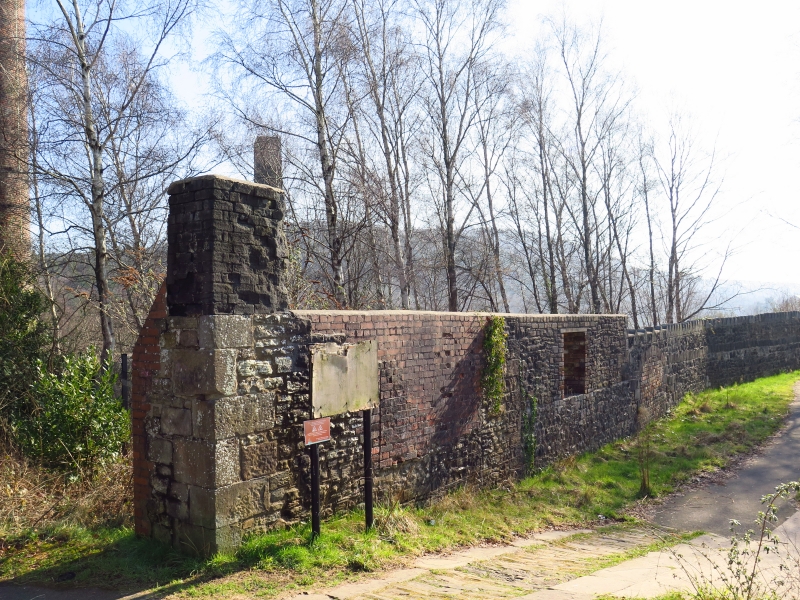 Location: Located on the east bank of the former Swansea Canal, east of the car park of Landore Social Club.

Hafod Copperworks was established in 1810 by John Vivian and continued to be owned by the Vivian family until 1924 when it amalgamated with the adjacent Morfa Copperworks. It was operated by Yorkshire Imperial Metals until it closed in 1980. The Swansea Canal, built 1794-8, was a principal transport artery for the works, through which coal was brought for the furnaces. A series of docks were built into the works from the canal for the unloading of boats. The boundary wall was probably built along the canal towpath soon after the works was established, with large openings for the passage of boats. Low timber bridges formerly carried the towpath across the dock entrances.

A high wall of copper slag, sandstone and brick, some 80m in length. The adjacent canal has been filled in. The lower parts of the wall are almost entirely of copper slag, either in carefully bedded rough nodules or in moulded blocks. A row of square slag copings seem to have been placed on top of this, but the wall was subsequently raised in stone and slag and topped with crenellations of oblong slag blocks interspersed with spade-shaped slag copings laid sideways. The wall was again raised in brick and stone, probably in the late nineteenth century. Two wide blocked archways can be seen supporting the wall where the canal dock entrances passed through.

Listed as a good example of slag wall, for its relation to former canal docks, and for group value with the listed buildings of the Hafod and Morfa works.