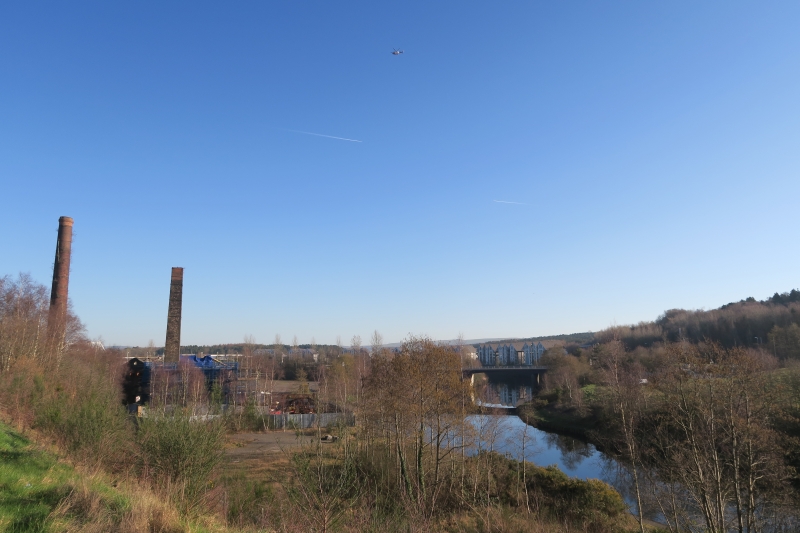 Location: Located close to the River Tawe in the southern part of the former Hafod and Morfa copperworks site.

Hafod Copperworks was established in 1810 by John Vivian and continued to be owned by the Vivian family until 1924 when it amalgamated with the adjacent Morfa Coppperworks. It was subsequently operated by Yorkshire Imperial Metals until it closed in 1980. The Musgrave engine house was built in 1910 for a uniflow steam engine which powered adjacent copper rolling mills.

A two storey building with a hipped roof, a brick passage for the rope drive and a tall brick chimney at its south-west corner. It is constructed of grey brick (made at the copperworks) with red brick bands to the cills, lintols and eaves cornice. The timber roof was slated. There are four tall windows to the main storey on each long elevation, square headed with timber window frames. The west wall has a large doorway with remains of an external staircase. The east end features the open passage to the rope drive and a high-level doorway. The rope drive passes out of the building to a set of gears and intact rolling mills. The chimney is of square section, slightly tapering, in brown brick with iron banding towards the top.

The building is lined with red brick on the interior, and has a main floor containing the engine, with a service basement below. The engine is one of the first uniflow type steam engines made in Britain, manufactured by John Musgrave and Sons of Bolton in 1910. The engine retains its cylinder and piston, valve gear, crank, drive shaft and flywheel. The uniflow type engine was considered the most efficient development of the steam engine. This is thought to be the only example remaining in Wales.

Listed at II* for its importance as a rare engine house with in situ steam engine and for group value with the listed buildings of the former Hafod and Morfa copperworks.