Lamp to Centre of Entrance Forecourt at Singleton Abbey 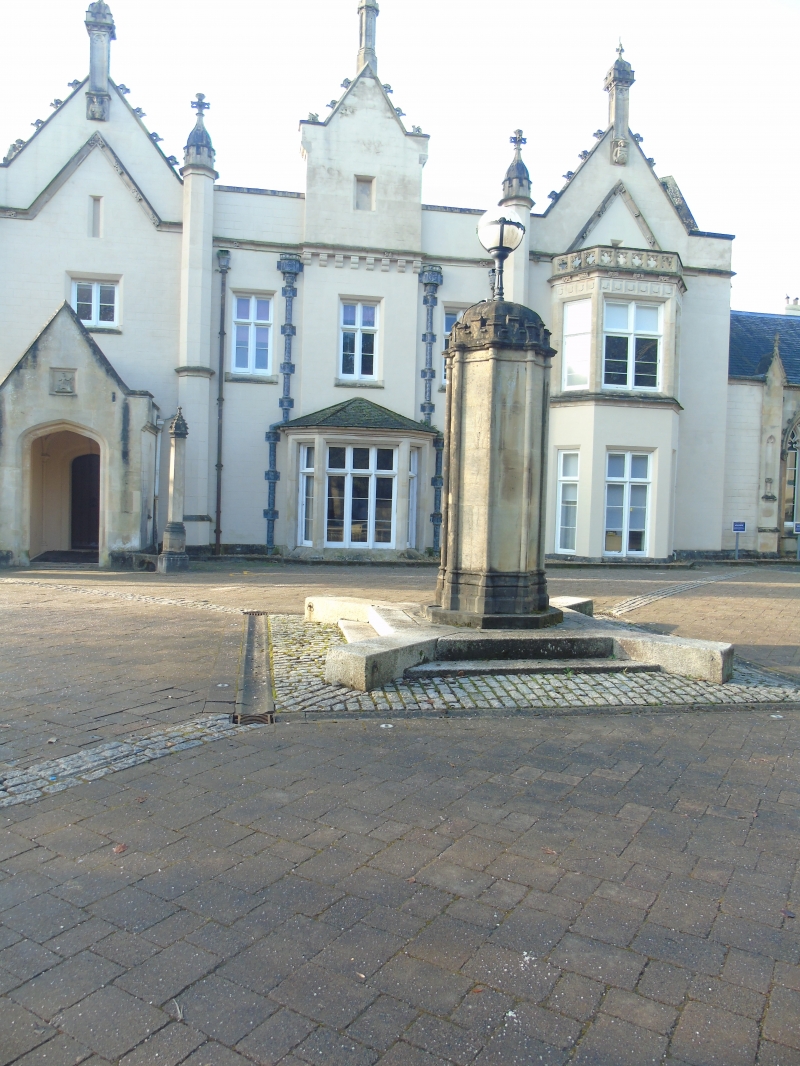 Location: Singleton Abbey is set within parkland now occupied by the University. This lamp is in front of the main entrance.

Singleton Abbey was the result of a complete Tudor remodelling and enlargement mostly between 1823 and 1837. It was carried out to the designs of the London architect P F Robinson (1776-1858) for John Henry Vivian; the Vivian family owned the Hafod Works and dominated the Swansea copper industry throughout C19.

The lamp was part of Robinson’s scheme and is shown in his drawings of 1837, although it was not executed with the lavish ornamentation shown in his design.

The design was strongly Gothic but as executed it is more soberly Tudor. Tall, octagonal, stone pillar set on a stepped granite base and ornamented by colonnettes together with a swept and crenellated cap carrying a small cast-iron lamp standard; modern light.

Included for group value with Singleton Abbey together with its listed forecourt and terrace walls.