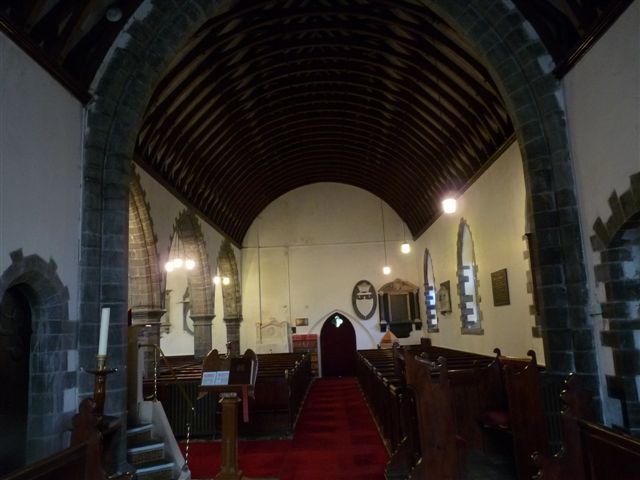 Location: Situated at west edge of the village, some 500m W of the Castle. Medieval tower, the rest rebuilt 1853-5 by Benjamin Ferrey of London, replacing a church of 1836-7 by Daniel Evans.