Ruins of Old Church of a St Brynach 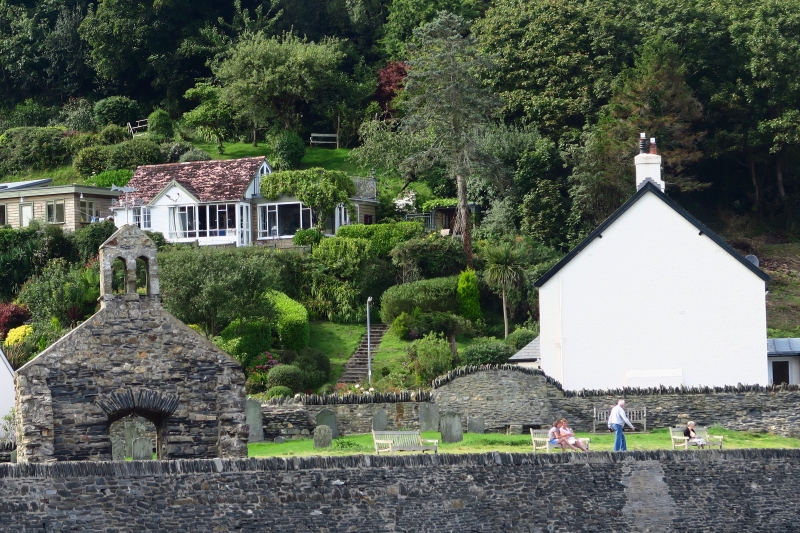 Entry Name: Ruins of Old Church of a St Brynach

Location: Situated overlooking bay on SE side of Dinas Island.

The medieval church of St Brynach was said to have replaced one at Brynhellan. It had nave, chancel, S transept and W bellcote according to mid C19 engraving: the surviving detail looks C15. It was severely damaged by storms in 1851 and destroyed in the great storm of 25 October 1859, leaving only the W gable. It was not rebuilt, but replaced by the present church of St Brynach at Brynhenllan, 1860-1 by R K Penson.