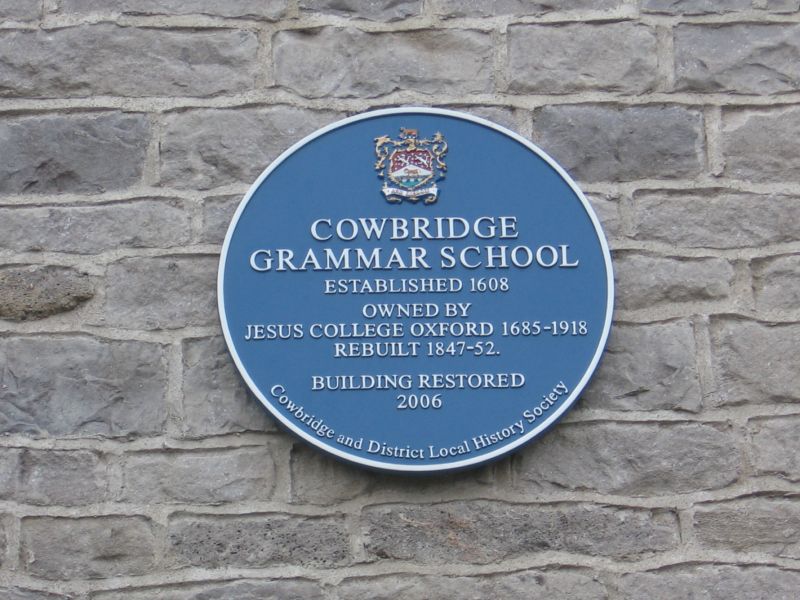 Location: To S of Parish Church.

Mid C19 grammar school. Founded 1609, it moved to its present site in 1617. From 1685-1919, under the governership of Jesus College, Oxford. Rebuilt elegantly in 1847-52 to the design of the architect John Prichard, with an asymmetrical front elevation incorporating motifs in late C16 to early C17 style with the purpose of retaining "the existing character of the (old) schoolroom and of making the remainder of the buildings harmonise with the Church on the one side and with the ancient town gateway on the other". SE rear wing of 1894. Ball court believed to date from 1919.

Graded II* as exceptional school building by important locally-based architect. The building is important both for its quality and setting and also for its place in the town’s history. Group value with adjacent listed buildings.