A Grade I Listed Building in Cowbridge, Vale of Glamorgan 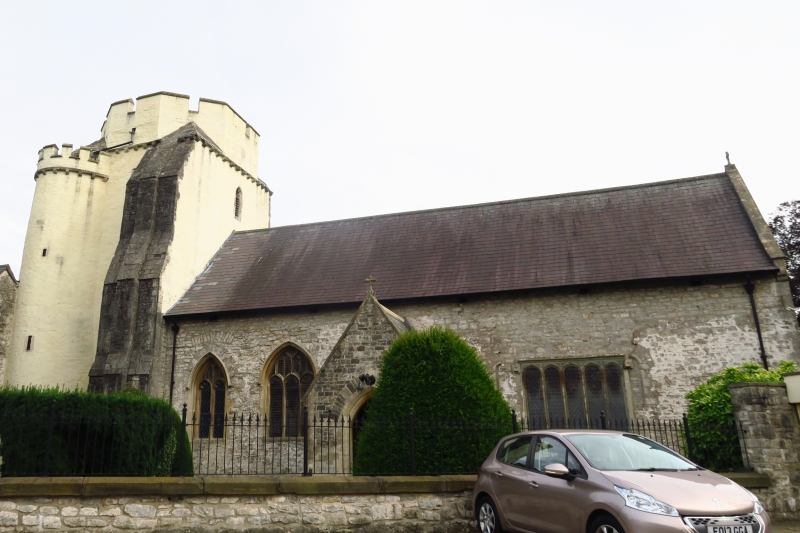 Location: To NE of town gate and grammar school.

The church was probably founded with the medieval town, and was formerly a chapel of ease of Llanblethian Church. The church was successively remodelled, reflecting the increasing prosperity of Cowbridge during the Medieval period. The present building incorporates a nave and chancel of later C13 work; C14 tower (spire destroyed by lightning 1480); C15 S aisle (pre 1473) and chantry chapel to N of chancel: C 16 addition (probably almonry, now vestry) to E end. In 1848, some chancel windows re-opened and glazed by Haycock, C19 N porch dates from restorations in 1850s by John Prichard (cost £1800). In 1893, the tower was renovated, and W gallery removed (cost £800). Further work in 1920s to early 1930s (especially roofs); further work by George Pace in later C20.

Inside, nave arcade of five bays; plastered walls; C15 wagon roof to south aisle; oak boarded roof of circa 1926 to nave; trace of former west nave gallery; pulpit of 1890s. Pointed chancel arch; blocked door to rood loft stairway. Vaulted plaster roof to chancel with a two-bay arcade on to choir vestry, similar to nave arcade. Memorials include marble memorial in nave to David Jenkins Esq of Hensol (died 1664) and members of his family; early C19 memorial to Richard Bates and family; early C17 memorial in south aisle to William Carne of Nash; tablet in West chancel to David and Ann Edwardes of Rhyd-y-Gors, Carmarthen; memorials in chancel to eg Sir Robert Rich. Died 1799 and to the Reverend Thomas Williams who died in 1783. The church is the burial place also of Lewis Morgannwg, Richard Meyrick of Cottrell and of Benjamin Heath Malkin.