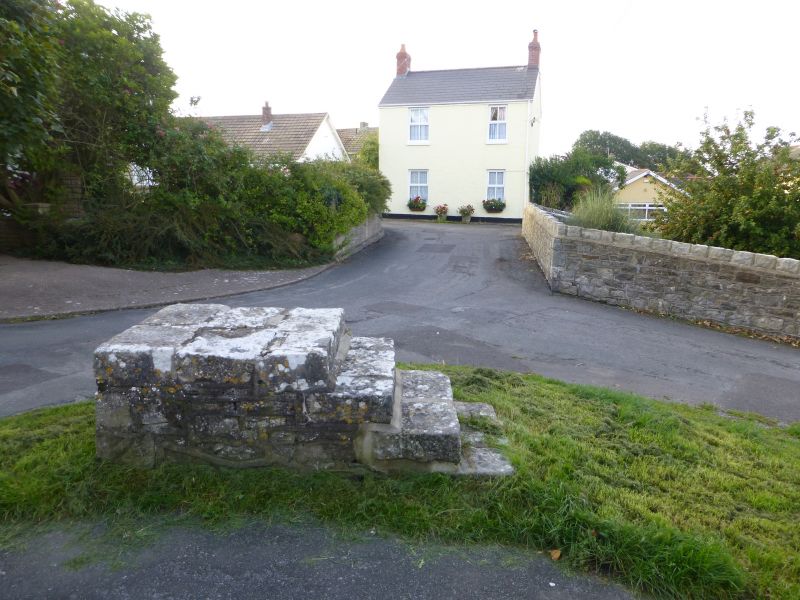 Location: About 2500m east of the Church of St. Illtud on the St. Athan road.

Congregational chapel founded 1807 (plaque), but the building appears to date from early-mid C19, perhaps c1840. The three main windows definitely appear to date from then and not to have been inserted. The chapel does not appear on the Tithe map of 1840, but it must have been built close to that date. The chapel is unaltered since. Thomas Williams, famous Welsh hymn writer, was once a minister here.

Creamwashed local rubblestone walls with dressed quoins; windows of Dundry or Forest of Dean stone; Welsh slate gabled roof with stack at north-east end. Gabled south-west entrance elevation with two stone steps up to four panel wood door with sloping slate roofed canopy on wood brackets over. Semi-circular tablet above the door, inscribed 'Bethesda'r Fro/1807', but this is on brackets not fixed into the wall and comes presumably from an earlier building. Blank walling to north-west and north-east elevations. South-east elevation lit by three pointed windows with dressed stone voussoirs, each window of 2-lights with Y-shaped tracery with impost blocks and with tooling to the jambs.
Small single storey wing (accommodation for the peripatetic Minister) attached to south-west end; slate gabled roof with stack to north-west gable. South-east gable end with a window and a door, both with stone heads. Stone mounting block against north-west gable end comprising a double flight of three stone steps.

Interior retains its box pews with the 'high seat' in the centre window; blocked fireplace at north-east end.

Included as a complete nonconformist chapel with contemporary fittings which dates from about 1840.