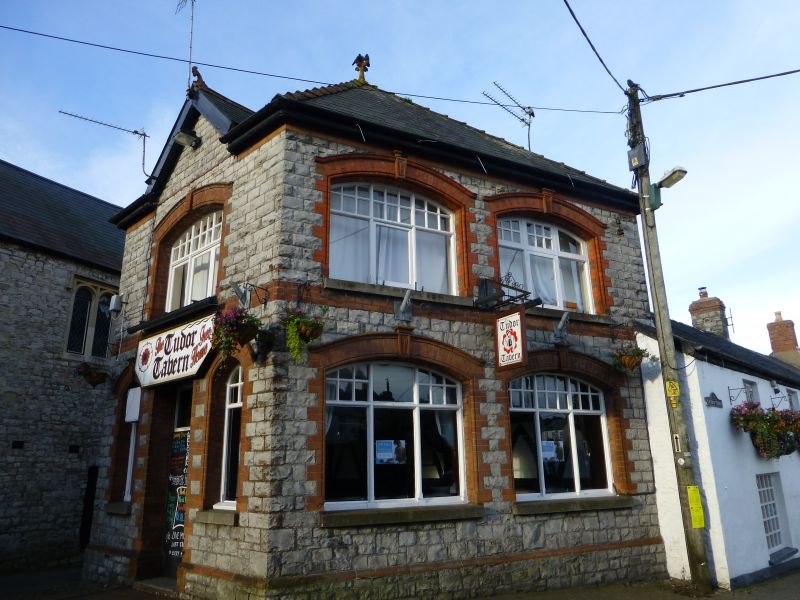 Location: On the south side of The Square in the centre of Llantwit Major.

Interior not seen at resurvey, but the building appears to be unaltered since listing. The previous list description says: 'Inside, in west end wall to south of fireplace, a late C16 to early C17 stopped and chamfered arched doorway, formerly leading into No 1 A; jamb of a contemporary doorway to the south.' This is confirmed by RCAHMW.

Included as a late C16 to C17 house which, despite changes, retains both character and features of special interest and has group value in the village centre of Llantwit Major.