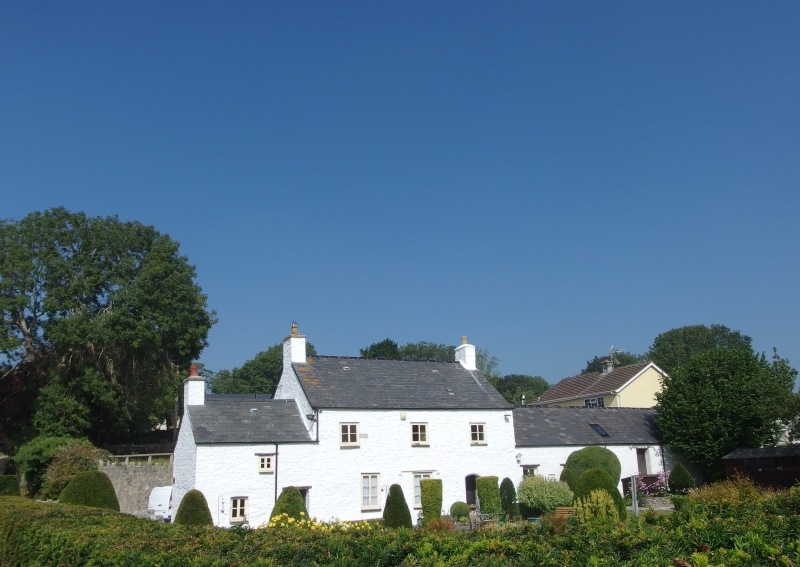 Location: About 200m north of the Church of St. Illtud.

c1600 original gable entry two unit house, remodelled externally and with a west addition 1812 (although there was an earlier addition with a higher roof-line); later alterations in both the mid C20 and late C20 since listing in 1982 and all the joinery dates from then.

South-west room with three stopped and chamfered beams, arched, stopped and chamfered doorway to stone fireplace stair which has a corbelled roof. The fireplace has been revealed since listing in 1982. It has chamfered stone jambs
though with differing stops, and an oak lintel. The house has the rare feature of a stone wall dividing the hall and the inner room, rising through both floors. The present main door now enters the inner room. The south-west extension retains a bread oven with iron door.