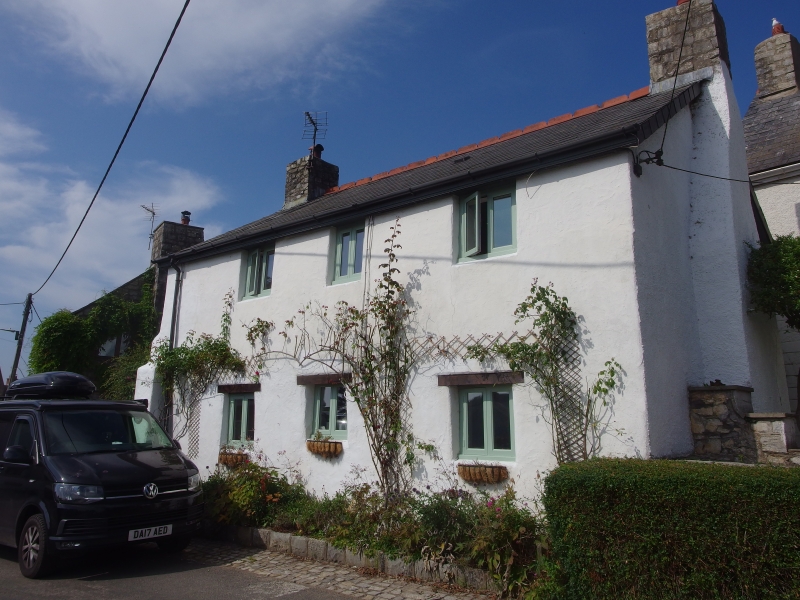 Cottage of C17 origin with early C20 alterations. It is thought to have been the earlier West Farmhouse before the latter was rebuilt in C18. RCAHMW has a conjectural restoration of its original appearance.

Included as a C17 house which, despite changes, retains both character and features of special interest. It also has group value with West Farm House and Plymouth House.