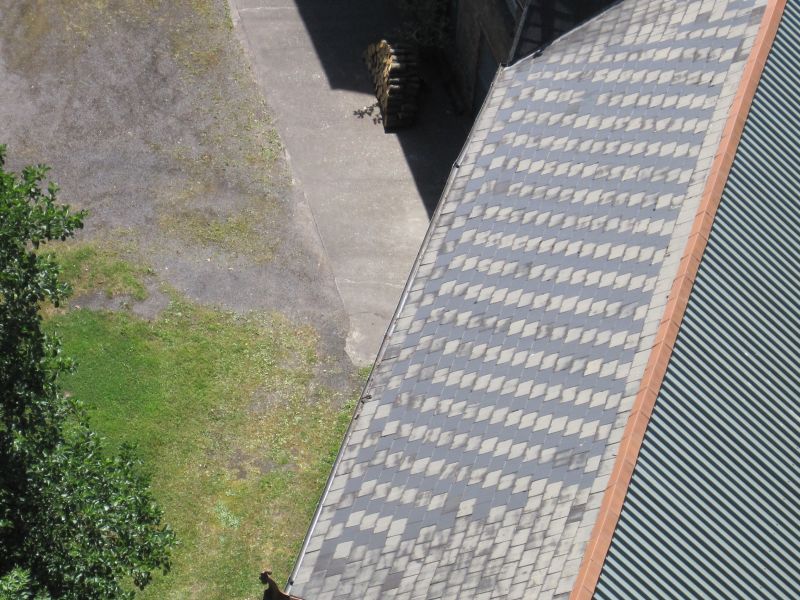 Location: Backing onto the River Rhymney beneath the Hengoed railway viaduct. Accessed from the driveway to Maesycwmmer House

The flannel mill was built c1850, possibly on the site of a printing press and office, in the grounds of Maesycwmmer House. The house was built in 1826 (and subsequently rebuilt c1890) for the Rev. John Jenkins of Hengoed (d. 1853). He produced religious texts at Maesycwmmer until 1831 when he moved his printing press to Cardiff. The buildings on the site of the mill were referred to as 'shop, cottages and garden' occupied by Jacob Thomas, on the Bedwas tithe apportionment of 1841. It is possible that the central 2-storey range of the mill was present at that time.

Although the exact date for the founding of the mill is not known, spinners and weavers first appear in census returns for Maesycwmmer in 1851. The mill is shown in its present form, beneath the viaduct, in an engraving of c1860. Meetings of the English Baptist church took place in the Woollen Mill in 1861 before a chapel was built. Shoe-making was undertaken on the upper floors at least in the early days. The mill changed ownership several times, but William Lewis of Whitchurch, Glamorgan, was recorded as woollen cloth manufacturer in 1881 and 1891. It was taken over in 1902 by Morgan Jones, whose family had produced cloth in Bargoed since 1750. A lease of 1904 referred to rights to use a weir. The 1st and 2nd edition Ordnance Surveys of 1885 and 1901 show this weir to the N of the mill, with the head-race running towards its NW side. A tail race runs W to the river, S of a narrow rear range which may have enclosed the wheel. A sales ledger survives from the time of the 1914-18 war and shows that cloth was sold to clients as far away as Kent and Scotland. The last recorded sale was in 1920 and some of the machinery was apparently disposed of. Subsequently, the mill was used as a depot for sorting and storing wool.

Symmetrical 5-bay 3-storey mill, with lower flanking ranges to N. Rubble stone with quoins under a slate roof. Stone stack to N end with paired shafts. The openings have shallow segmental heads, yellow brick dressings and stone sills. Planked doors and small-pane iron glazed windows. The front faces E and has central doors to all 3 storeys, possibly added when the mill was a storage depot. Double doors to ground floor are enlarged under a concrete lintel. Hoist bracket towards eaves. The doors are flanked by pairs of windows. Additional window R of ground floor entrance in infill of former doorway. Two ornate iron ceiling roses have been fixed as tie plates. Metal sign reading 'The woollen mill' fixed to L of front. The S gable end is 2-window, with additional windows to attic. Wide doorway to R under renewed flat brick lintel. Rear has windows similar to front.

Two adjoining 2-storey ranges to N, the 1st continuous with the mill and the 2nd at a slight angle. The range adjoining the mill has a tripartite multi-pane window flanked by panelled doors under segmental heads, of voussoirs to L and brick to R. Double doors to far R under flat lintel. The upper storey is 3-window with 12-pane hornless sashes under segmental brick heads. The N range has 3 windows to lower storey with red brick heads while the upper storey is 4-window. Wide double doors inserted to L with gabled doorway above. Further gabled door to upper storey R. N gable end with 2 windows to upper storey and one in attic. Door and window offset to lower R. Small single storey
range to rear of central range.

No access to interior at time of inspection. There is said to be no machinery left, and the wheel apparently went long ago.