Summerhouse and Underground Vaulted Chamber in grounds of Rookwood Hospital 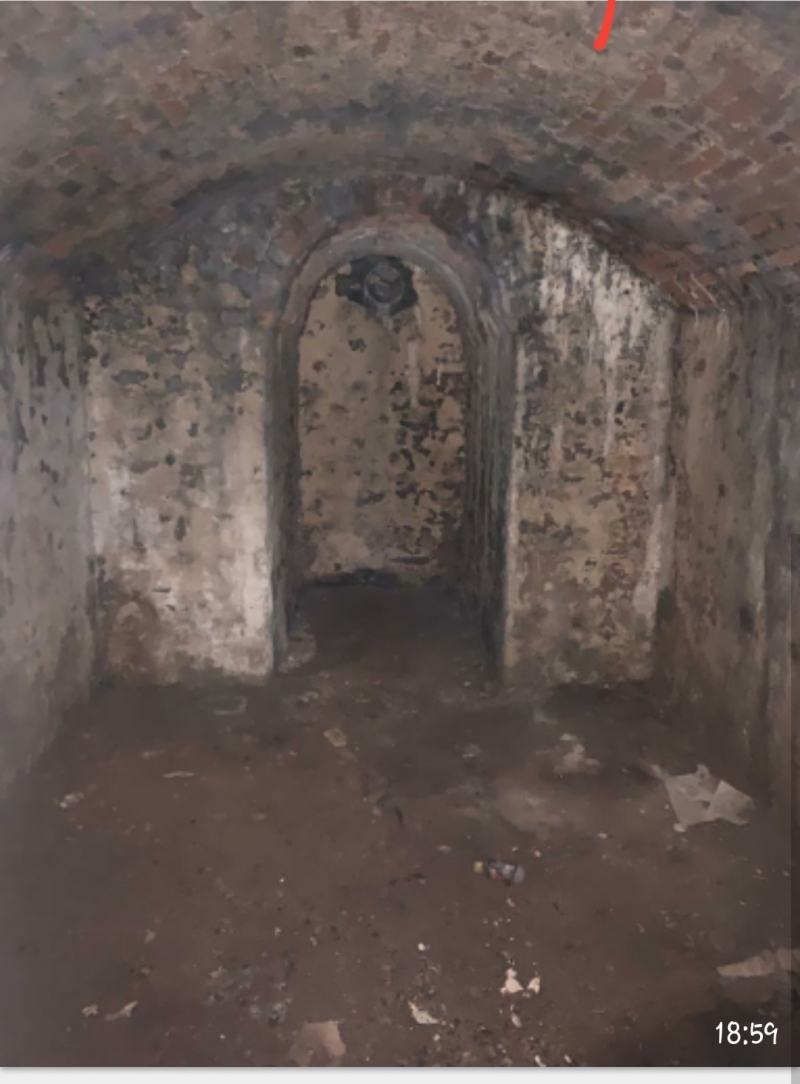 Location: Sited on top of a mound.in the north-west corner of Rookwood Hospital grounds and about 100m from the main building.

Probably mid C18 and contemporay with Llandaff House (see Nos 2 and 2 Fairwater Road) of which grounds it was, previous to the building of Rookwood in 1866, a part. It is known to have been in position in 1776 but its Batty Langley character and the date of Llandaff House make a date of 1749-55 most likely. An alternative suggestion is that the summerhouse came from the Marquis of Bute's gardens north of Cardiff Castle by 1777 and was placed on an already existing (see below) icehouse. Close inspection to check this possible theory could not be made at resurvey (April 2002). Dean Conybeare (Dean 1846-57, when The Deanery was at Llandaff House, Fairwater Road) is said to have written his sermons in the summerhouse, which would certainly preclude the second theory.

External walling faced with Bath stone ashlar, now extensively damaged, rubble and brick internally. Octagonal single storey ''Gothick'' style structure in the manner of Batty Langley which is set on an earthen mound. Each bay with buttress and narrow pointed window opening with hoodmould, the sash windows are now (April 2002) gone and several of the openings blocked with concrete blocks. In the south facet a square headed doorway with damaged clustered columns above a short flight of steps. Lunette above with trefoils. Machicolated parapet with battlements. formerly the parapet had a crocketted pinnacle at each angle of structure, all are now gone. At base of mound to the rear, a flight of stone steps leads down to a contemporary vaulted chamber beneath the summerhouse.

The interior of the chamber, possibly intended for an icehouse (note that the door is on the north side) has a brick vault and walls of stone rubble. It was not entered at resurvey.

Included as a mid C18 summerhouse, formerly of exceptional Gothick design but now in a dilapidated condition with detailing lost.