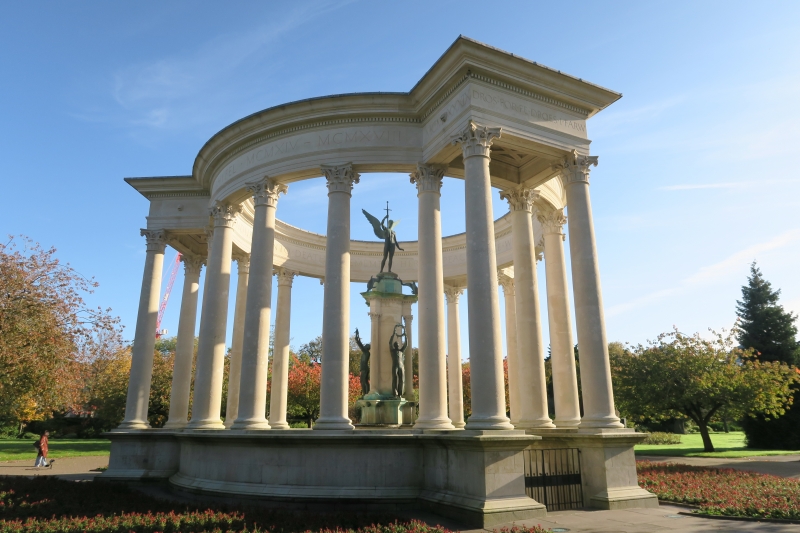 Location: In centre of Alexandra Gardens.

1924-28 by Sir J Ninian Comper. The architect, better known for his work in the Gothic style, said he had been inspired by Roman architecture in the cities of Tunisia. The bronze sculpture is by Bertram Pegram (who also contributed to attic sculpture at National Museum).

A circular colonnade of unfluted Corinthian columns with 3 projecting rectangular porticos; inscription to frieze in English (exterior), and Welsh (interior). At porticos (gated with brass gates) 3 short flights of steps lead down to a circular space within which is set a circular fountain basin, in the centre of which, in turn is a three-sided podium. The lower part of the podium is rectangular and the upper part circular with projecting columns echoing the shape of the outer colonnade; base of colonnade lined internally with stone seats. The 3 bays of the upper part of the podium have 3 bronze statutes of servicemen (representing the 3 services) bearing wreaths; the top of the column is surmounted by a bronze statue of a nude male figure representing victory; bronze dolphins below.

Graded II* as major national monument by a leading architect of the period, on key site in civic centre.