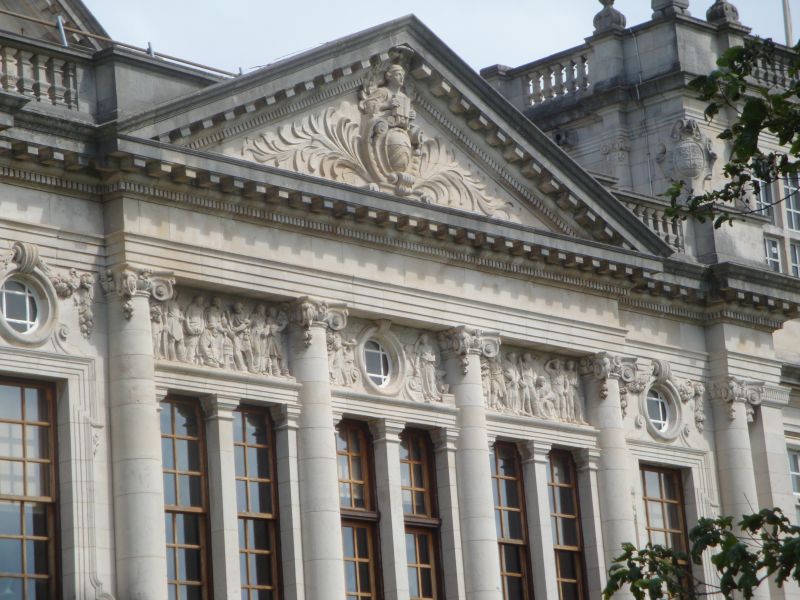 Location: Opposite E side of Alexandra Gardens, on a large site backing on to Park Place.

The College of South Wales had been founded in 1883, becoming a college of University of Wales in the 1890s. Cardiff Council donated an extensive site in Cathays Park, and a competition was won in 1903 by W D Caroe; it is one of his few secular buildings. The building was completed only in the 1960s, with additions by Alban Caroe. W D Caroe's great hall was never built. The library was paid for by Drapers' Company of London, based upon library of Trinity College, Dublin (but was altered in 1977 by horizontal subdivision).