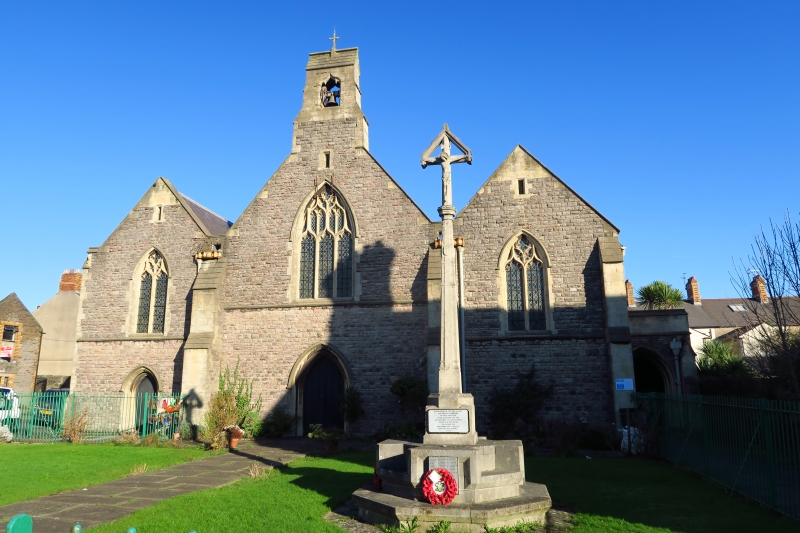 Location: On corner with Carlisle Street, set back from Splott Road, behind railed forecourt with war memorial cross.

1887-8, by G F Bodley and T Garner, architects. Influenced by design of C15 church of St Mary's, Tenby (but without spire). South aisle added 1894. Restored by George Pace 1961, including subdivision of nave into hall.

5 bay nave and 3 bay chancel, of similar height; 2 side aisles each with chapel at east end, parallel to chancel. Boarded wagon roofs, painted to nave and aisles.

Listed as largely unaltered example of work of Bodley, one of most important C19 church architects.