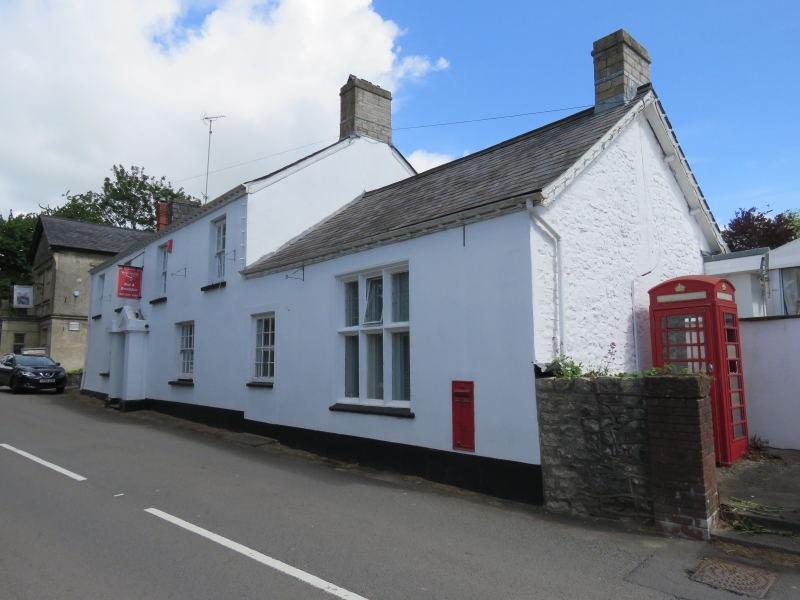 Location: Part of a group of historic buildings in the main street of St Fagans village.

Northern part, elevation to street with cement rendered cladding, slate gabled roof with flanking red brick stacks. Two storeys, four 3-panes wide sash windows on first floor; on ground floor a five panes wide sash window, one with horns, to each side of doorway with stone porch and six-panelled door.
Southern part of one storey. Elevation to the street has slate gabled roof, former doorway converted to a window to left hand and a 3-light stone mullion-and-transom window to the right hand, with wall letter box with GR cipher to the right of this.
Rear elevation with conservatory and other additions of the 1990s as part of its conversion to a restaurant.

Included as a part of the important group of historic estate buildings at the centre of St. Fagans village.