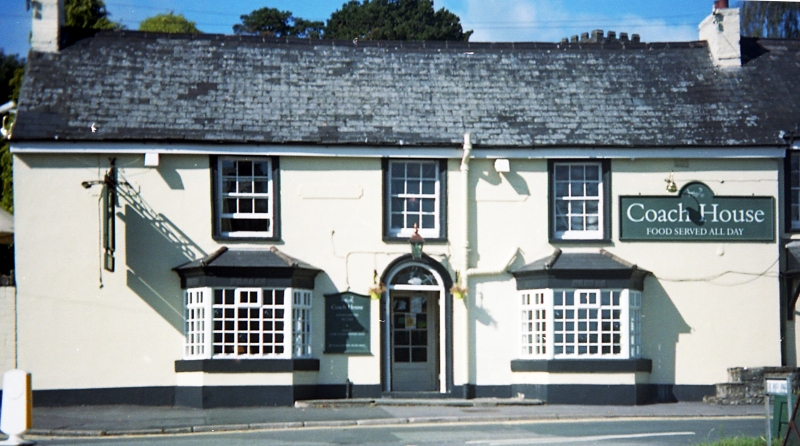 Location: Obliquely facing the main throughfare and opposite the Bluebell Inn PH.

Lower wing is possibly C17. Uphill wing is later, possibly mid C19. The 4 inns close to each other near the main thoroughfare benefited from the fact that the Welsh Sunday Closing Act did not apply to Monmouthshire prior to 1921 so were much visited by Cardiff residents on that day, the boundary between Monmouthshire and Glamorgan being the nearby Rhymney River.

Listed as a traditional village inn on an important thoroughfare and in a prominent position; group value with the Bluebell Inn, Kingdom Hall and the War Memorial.