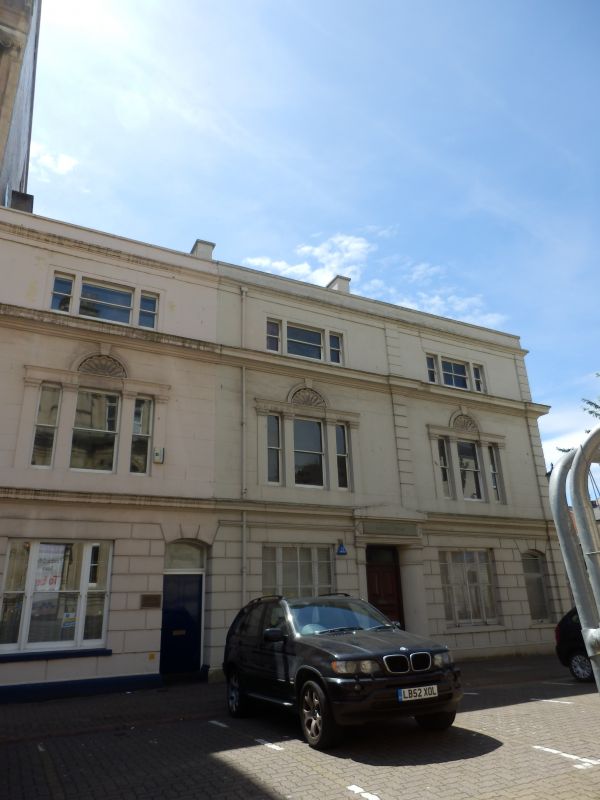 Location: At the western end of this side of the square stepped down from Baltic House to left. Facing N onto former Coal Exchange.

Late 1850's. Formerly three original houses of Mount Stuart Sqaure development, two facing N and one facing W onto entrance lane to sqaure. Adapted for business use from later C19, (No 23 known to have been altered in 1900 by E W M Corbett, architect).

Return to W has on second and first floors, six bays of standard tall windows with large pane glazing. Ground floor has five windows and doorway (square fanlight over) which do not align with windows above.

A significant survivor of the oldest domestic buildings in Mount Stuart Square, converted to commercial use. Group value.