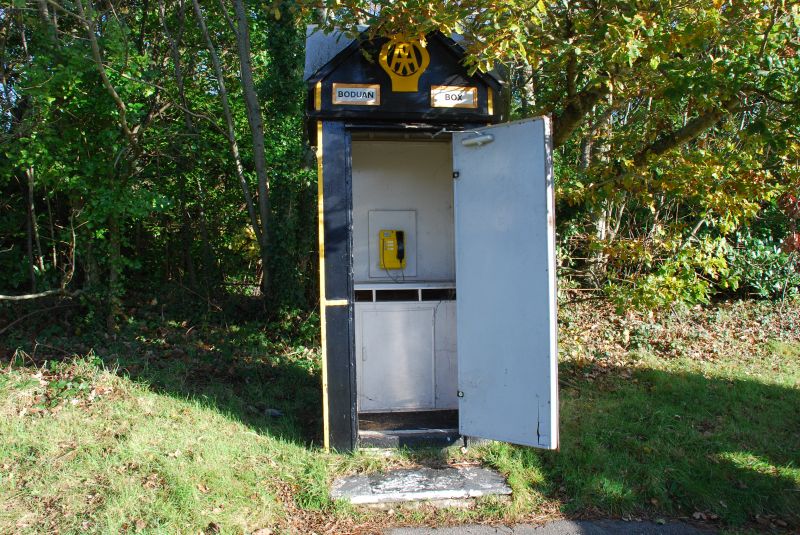 Automobile Association emergency service telephone box of the type that replaced pre-war boxes during the 1950s. There were some 1,000 in Great Britain of which 24 survive, less than 10 in Wales.

Grade II as a good example of a now relatively rare emergency service telephone box of the 1950s.