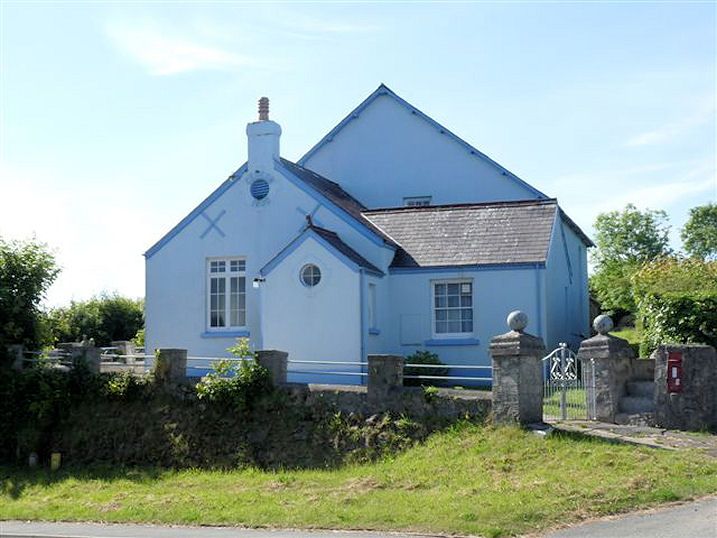 1830 chapel built for the Rev. T. Jones of Ebeneser, Newport, on land leased from T. James of Caerleon, Fishguard, and improved after 1843 during the ministry of the Rev. J. Davies.

A good example of an earlier C19 chapel interior, which may be of 1830 but is possibly later as the gallery crossed the long rear windows. During the ministry of the Rev. J Davies, from 1843, the chapel was improved 'Yn ystod tymhor ei weinidogaeth ef..........gwnaed gwelliantau ar y capel..' but the works done are not specified.